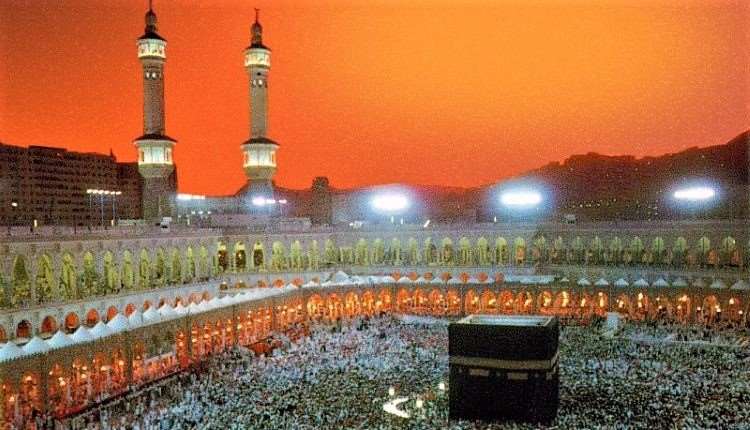 The Bible has given this persuasive narration. According to Biblical narration Ibrahim علیہ اسلام requested at this occasion; if there are fifty pious people, then please forgive the nation because of them; in reply he was informed there are not even fifty people; he implored again if there are forty five righteous people; do forgive the nation wherein he got a reply; there are not forty five people even. Then he counted down the number and asked even if there are ten?  But every time he received the same answer. The most efficacious thing in this whole conversation is the style of Ibrahim علیہ اسلام which he adopts before the Master of the Heavens and the Earth. His words have been quoted in the Bible;

“Now that I have been so bold as to speak to the Lord, though I am nothing but dust and ashes.” (Genesis 18:27)

They words of Ibrahim علیہ اسلام tells us the manners to implore before the Almighty Allah. Allah Almighty is a Creator and Possessor of the universe. His immensity is of such a great magnitude that this boundless universe is simply a smidgen – a tiny particle. No leave can dare move without His consent; His awe shivers and quivers the arch angels; if He blinks the whole of the creature will die in no time; if it had not been His Mercy the humanity would have died painfully without air and water;  the entire universe remains busy in chanting His praise, glory, magnificence and grandeur. Although He has veiled His magnificence today but when on the Day of Judgment He will unveil Himself; the mountains, seas, the heavens will be shattered owing to His Magnificence.

The manner Ibrahim علیہ اسلام assumed to talk to that Great Being is the right one to be adopted. This is the manner of almost all of the Messengers. The supplications of the Holy Prophet ﷺ we find in different Hadith books express the same manner. Nevertheless the incident of Ibrahim علیہ اسلام expounds the reality that; whereas Allah Is the Great, the Immense, the Almighty, but He is very Loving, Merciful and Kind hearted also. As He is very strict in punishing the criminals so He is very Kind to His lovers and obedient servants.

“Ibrahim علیہ اسلام started to fight for the nation of Lut علیہ اسلام; he was very kind hearted and submissive.”

The love which is evident from the description “fight with Allah” can be judged by a person whose heart has been enriched by Allah. But the comment of Allah describes that; the person who has effaced himself for the sake of Allah; only he is the person whom Allah will take to the height of greatness. He termed himself as ashes and Allah takes him to the place where He assumes the character of His friend and become a “fighter” with him for the sake of others. He terms himself as dust and God showers on him the blessing and bounties which the holy Prophet ﷺ himself desires of.