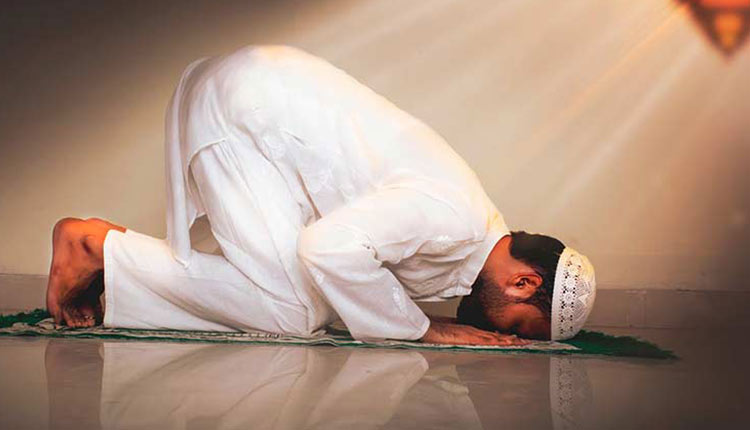 Usually people complain of lack of focus and attentiveness during prayers. They get all sort of distracting thoughts right in the middle of the prayer. As a consequence of this, the prayer ends up becoming a soulless activity and peace of heart is not attained.

This complain is justified. However, it is not very difficult to rectify it. Inattentiveness during prayer is due to some reasons. If those reasons are removed, then this problem, though not completely, can be resolved to a larger extent.

In the perspective of prayer, the basic thing to understand is that attentiveness is related to consciousness. For example if you are watching the news on television, your mind is occupied in listening to the news anchor and making sense of what he is saying. This process of listening and understanding keeps your consciousness active. Now suppose that the news is coming in English and you are not familiar with the English language then just imagine what would happen? No matter how much conscious effort you make, you will not be able to focus on the news. This is because of the simple reason that, when your conscious does not make sense of something, it will re direct its focus somewhere else in a short while.

Therefore one thing is obvious from this, that if something is not clear or understood, then our conscious is not attentive towards it. The first basic reason of inattentiveness during prayer is that the adhkar (recitations) that we say during prayers are just a few words that are rote learned. We are not aware or familiar with the meaning of these words and adhkar. Hence, when the meaning is not known, our conscious starts to direct somewhere else. As much as we try, again and again, repeatedly to bring it back to our prayer it will again distract itself somewhere else. This is the natural process of mind. We cannot stop it by some artificial effort. Therefore in order to be attentive, the first significant step is to learn the translation of the prayer. The specified adhkar of namaz are very few. If a consistent effort is put in, then in a few days, the translation can be learnt word to word and in general. One should make conscious effort for the attainment of this target.

After this another problem surfaces as well. This problem is that many people who do know the translation of prayer by heart still complain of lack of focus. Their complaint is also justified. But once again it is related to the manner in which our brain functions. We can understand it from another example.

Those who learn driving as a beginner, they perform every task while driving very consciously. But those who have a habit of driving car, they perform all the functions from starting the car to changing gear and applying brake automatically in a subconscious manner. This is a characteristic of our brain that when it becomes used to performing a certain task, it does not do it itself, rather our reflexes take control of it. It is just like the pilot who after taking the plane in the air, switches to auto pilot mode.

Therefore the human mind gets itself free after handing over the normal routine tasks to the automatic mode of reflex system. This is a common observation that during driving we perform all the related functions automatically without thinking, whereas our mind keeps thinking of other things. The exact same process occurs during our prayer. Our prayer is based on some specific functions like takbeer tehrema, qiyam, ruku, sajda or prostration, and salam (the rituals of prayer). We are used to performing all these rituals in a normal routine manner. Therefore as soon as we raise our hands for the takbeer tehrema, the brain hands it over to the reflex system , the auto mode is switched on and our mind starts thinking of other things. As much as we can try to make attentiveness, again the mind due to its structural formation reverts back to the same automatic routine after some time.

Since namaz is performed in a congregation therefore it is important to maintain its singularity in terms of functionality. The prayer rituals are specified and cannot be altered. However since Allah is aware of this problem of humans therefore He has given us a lot of freedom in this respect. Apart from few rituals and adhkars, the remaining have a lot of room for improvisation such as glorification and praise of Allah, dua and darood. The specified rituals of prayer are very few such as surah Fatiha, Allah u Akbar, takbeer and salam etc. Apart from this nothing else is specified as such during prayer. Hence we have the freedom during recitation to recite as much Quran and from where ever we want. Therefore we should make an effort to learn as much Quran as we can so that we can recite different portions of Quran during different rakah and different namaz.
Similarly Prophet SAW used to recite different adhkar during ruku, sajda, qaada. They should also be learnt and recited. In this perspective we are in agreement with those scholarly opinions that there is no restriction of language during dua. Since the Prophet SAW used his own mother tongue that was Arabic so we can also recite personal duas using our own mother tongue. This is the Prophet’s path that he left for us to follow. Therefore we should try to connect with Allah by reciting the Arabic adhkar which are valuable as well as in our own language and present our matters to Him.

By using this personal dhikr and Adhkar, our prayer will turn into a real dialogue with Allah. This is such a blessing which a person who makes same memorized routine adhkar will not be able to imagine. This is what leads to focus, humility, love and motivation. This is the requirement of every Muslim who prays.

The above article has been translated into English and is available in Urdu at http://www.inzaar.pk/zinda-namaz-abu-yahya/

How to remain humble while doing good deeds