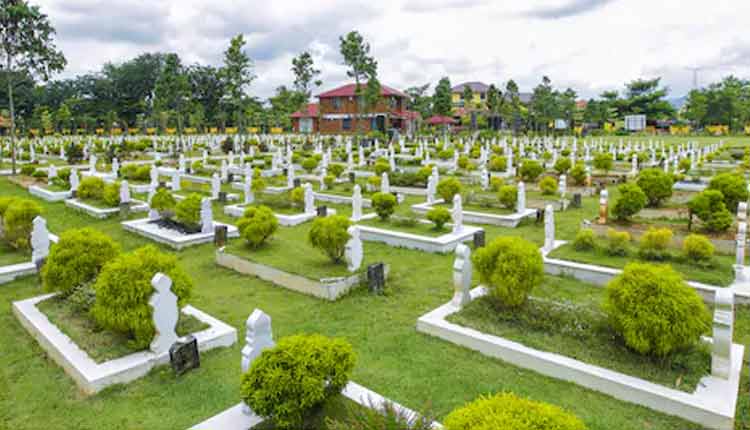 Call of the Grave

It is a tradition to attend the funerals and it is indeed a right of the deceased person upon his dear ones. The reason for this tradition appears to be the fact that one should bid an honourable farewell accompanied by special prayers to his brother when he departs from this world and meets His Lord.

The close acquaintances of the deceased and his family often take the coffin to the graveyard after the funeral. They give a shoulder to the deceased and present there while lowering the body into the grave. They put mud after putting the deceased in the grave and plea to God again to forgive his sins before leaving the premises.

This whole process is also hugely beneficial to others who accompany the funeral. A person normally forgets the bitter truth of death in the hustle and bustle of this life but participating in a funeral reminds him about the inevitable death. It reminds him that the deceased person has also been through birth, wedding, career, and various other phases of life like him. Despite all these, just as the clamp of death has grabbed the deceased person, his turn is not far away either.

Nevertheless, people are still negligent and their focus is upon the worldly life even during the funeral. Some talk about the deceased’s life circumstances while others make politics their centre of discussion. Some recall America’s conspiracies while others start to mourn about the bad condition of the graveyard. For most people, it is a novel opportunity to meet their friends and relatives and they start talking about each other’s occupational and family matters.

Those who speak a lot are not good listeners. If they had listening ears, they would have surely heard the call of the grave, which calls upon people, screaming: O you heedless! If you have bothered to visit me, forsake this temporary world and ponder upon the world hereafter, at least for a fraction of a second! I am the gateway to the next world. The door that has opened to your brother today will soon open for you too.