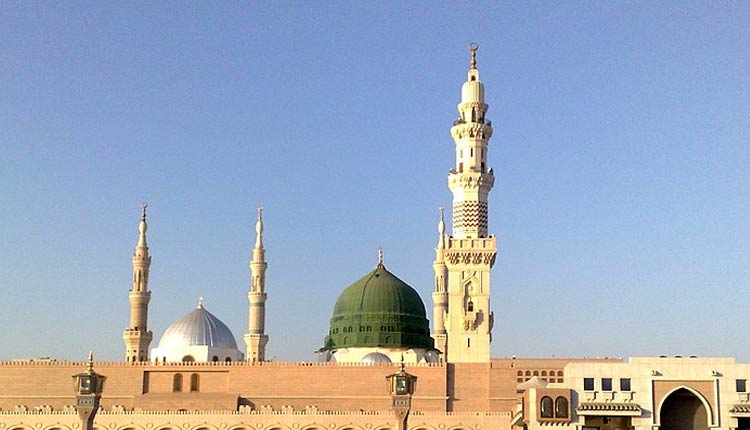 Endurance and patience are two important scales to judge the characteristic trait of a person. Then there are several ways from which the endurance of a person can be determined; out of these, two are such ways that they are the final scales of his endurance. One is that in what manner a person reacted on the sad demise of his children, and the other is the reaction of a person after getting dominance over his enemies, despite their unjustness and oppression before that.
Prophet SAW’s personality seems to be at the highest level on these two forefronts in terms of endurance, patience, forgiveness and forbearance. First take a look at the matter of his children. The prophet SAW was blessed with many children. He had four daughters from Hazrat Khadija R.A. namely, Hazrat Zainab, Hazrat Umme Kalsum, Hazrat Ruqayya & Hazrat Fatima and had two sons Hazrat Qasim and Hazrat Abdullah whose titles were Tahir and Tayyab. He had one son namely Hazrat Ibrahim from Maria Qibtiya r.a.

With the exception of Hazrat Fatima R.A., all his children passed away in front of his eyes during his life time. His three sons passed away in infancy whereas his three daughters passed away in their prime youth. Even Hazrat Fatima r.a. passed away just six months after the departure of Prophet SAW. These things are very easy when they are read in books. However, just listen to your heart and think for a moment that what will happen if such tragedy strikes any one of us. We cannot bear to see our children in minor pain and suffering. On the other hand our Prophet SAW had to bear this unparalleled tragic sequence of events. First his sons passed away in that age of infancy when a person is caught up in the childish acts of playfulness of his children. Whereas his daughters passed away and met their creator in that age when the mere thought of death seems a very farfetched occurrence.

However the Prophet SAW had the perfect forbearance to face these tragedies. His last son Hazrat Ibrahim passed away during the final days of the battle of Tabuk when those words which he spoke at this tragic incident were preserved in history. “Our eyes are shedding tears, and our hearts are very sad, but we will utter only those words which are pleasing to our Lord”. Is there any other human being in this world who can present a similar example of the prophet’s patience and endurance.

In the case of his enemies, the Prophet’s tolerance was again at its peak. He was given every sort of pain and suffering that can be imagined as he strived to serve in the way of Allah and spread Islam. He had to endure the worst possible opposition from his nearest family members, relatives and tribe members. Day and night he had to listen to their taunting and insulting remarks. He had to bear every form of blame, defamation, ridicule and social boycott. Right in the middle of Haram e Kaaba, streets of Mecca, and the mountains of Taif, he and his companions were afflicted with every sort of opposition, abuse and torture. After migration, there was difficulty of war, tragic death of his close relatives and loved ones at the hands of the non-believers. Then there was scandalous blame from the Jews and the Hypocrites (Munafiqs) on his family and his own self. Still, he never cursed anyone nor took revenge.

Then gradually, one by one Allah gave him dominance over all his enemies. If he wanted, he could have killed all his enemies and nothing would happen. But he was the merciful one for all the worlds. He forgave each and every one of his enemies and overlooked the cruelty of every unjust person. Every killer was given pardon not just the one who asked for forgiveness but even those who had run away were also granted relief. Every head bowed in front of his endurance. Everyone who opposed became a close companion and believer.
Prophetic patience and prophetic character is indeed unparalleled. But his patience and forbearance is that characteristic of which even an ounce is unfound today in the “followers and lovers” of Prophet SAW.