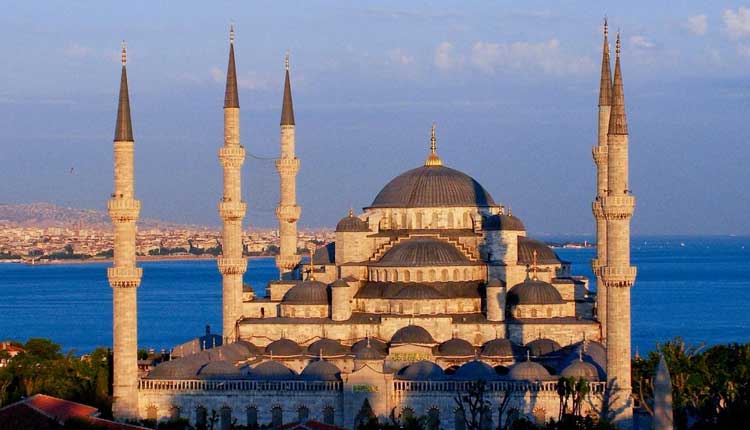 Allama Iqbal (1876-1939) is one of the most prominent people born in the Muslim Ummah in modern times. At the time when Iqbal gained consciousness, the Muslim Ummah was in the throes of the worst scientific, intellectual, practical and political decline in its history. If the end of the Mughal Empire in 1857 was just before the birth of Iqbal, he saw the end of the Ottoman Caliphate with his own eyes. If ignorance of modern sciences and stagnation in religious knowledge had been the way of Muslims before him, he saw the two extremes of blind imitation of the West and turning a blind eye to modern times flourishing in Muslim society. If the great past of the Muslims had become a story of history before him, he saw the Western ideas and the socialist revolution making a new history of humanity with his own eyes.

Born in these conditions of political slavery, intellectual decline and religious stagnation, high-flying Iqbal was responsible for the great task of guiding the nation. He was fully capable of doing that as well. He was a compassionate man who was endowed with sympathy along with intellect and vision. While he was acquainted with modern knowledge and thought, new light and the conditions of Western nations, he also had a keen eye on religious knowledge, Muslim history and the problems of the Ummah. His capital was not limited to insight and vast knowledge, but he had an extraordinary mastery of the most effective means of communication of his time, poetry. If the nation he was addressing was mired in a swamp of decline and despair, at the same time it was mentally ready to accept the guidance of an outspoken, intellectual leader.

These were the circumstances in which Allama Iqbal stood up and shook the caravan of Muslims with his sobs, hymns and fiery rhetoric. Iqbal’s thoughts evicted Muslims for the whirlpool of despair; saved from the mental slavery of the people of the West; refrained from bowing to the growing flood of communism and, in a short time, laid the foundation of the world’s largest Muslim empire against Hindu civilization.

If Iqbal’s thoughts and ideas can be given a name symbolically from his poetry, it is the name of “Mosque of Cordoba”. This is Iqbal’s magnum opus poem which is called “Taj Mahal” in Urdu language. Apart from the artistic merits, it also best describes the basic point of their thoughts. That is, the restoration of the greatness of the Muslims. Located in the Spanish city of Cordoba, this mosque remains a symbol of the 800-year-old Muslim greatness. The mosque symbolically describes the tragedy of how Muslims ruled the world for a thousand years and then their power was trampled underfoot by Christian powers. But Iqbal breathes the spirit of love into Muslims by sitting in this mosque, staying in this city and standing on the banks of the river Al-Kabeer, and then dreams of a new age.
There is someone on your bank, oh the flowing water of Kabeer!
Dreaming of another age

There is no doubt that Iqbal’s ideas, which emerged at the beginning of the twentieth century, remained the basic intellectual food of Muslims until the end of this century, and later intellectual leaders also repeated the same in new ways. However, a century later, the fact has become very clear that in spite of Iqbal’s greatness, the problems of the Muslims, with some changes in time, remain the same today. The prior greatness that Iqbal had dreamed of is still unfulfilled. The believer, who Iqbal had promised for, could not be born, but the moral sense of the people was further weakened. The solution under Ijtihad (Interpretation of Islamic law) that Iqbal was looking for regarding the problems of Islamic law could not come up; however, the discussions of alcohol being either forbidden or not, started from his own house. Iqbal’s lesson of unity of the Ummah first vanished under the Bay of Bengal and, now the rest of Pakistan, is fighting its last battle for survival among many nationalities.

Iqbal’s wagtails and pigeons, fighting the western hawks, are now launching suicide attacks on Muslims themselves.
In these circumstances, it has become necessary for us to accept that the guidance of Iqbal, the last great man of the ancient Muslim intellectual tradition, was not the real solution to our problems. Let us assume that the model of the “Mosque of Cordoba” is not the solution to the problems of the Muslims, but the solution of the problems of the Muslims is the model of the three mosques which are worth visiting; namely, Mosque Al Haram, Mosque Al Nabawi and Al Aqsa Mosque. If we want to make a symbol as a representative of these three mosques, then Al-Aqsa Mosque can be made a symbol out of these three mosques because like the Mosque of Cordoba, this mosque is also out of the possession of the Muslims at this time. For us, more importantly, the battle of declining era of the previous Ummah was fought in Al-Aqsa Mosque.

The story that hundreds of prophets and thousands of saints wrote in “Al-Aqsa Mosque” and the war they fought was not a war of political power but a war of monotheism. Either they were victorious or politically defeated, their war was only to free the servants from the slavery of the servants and bring them into the slavery of the Creator. Thus, the last apostle of Israelites, Jesus (Peace be upon him), was born in the era of slavery. But instead of blowing the trumpet of previous greatness in his nation, he warned them of their moral errors and drew the people to the position of guidance that the Israelites held.

Same is the case of Muslims even today. They have to fight the war of monotheism, not of their previous greatness. Their real need is more to restore their morals than their power. Their model should be “Al-Aqsa Mosque” and not “Cordoba Mosque”. This is the model that will not only make them beloved in the eyes of the Lord but also make them rulers of the world in a few years.