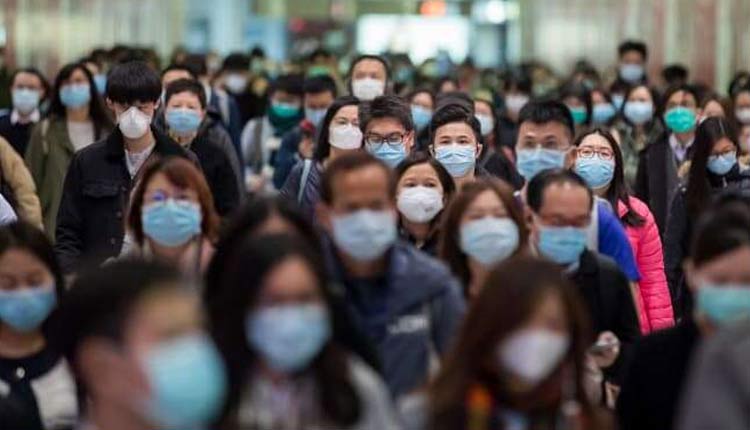 There is one point being raised with reference to the Corona Virus that it has proven that the world is working under a system of means and resources. The corona virus spread under this resourceful world and its cure will be discovered by the same world of resources and means. God has no role to play in these matters. On the other hand, events such as this one actually tell us that there is no God. The future lies in Science and knowledge.

The answer of this silly claim can be found in history. So one should read history. Prior to the modern day science and technology based advancement, there were many plagues and viral illnesses found in the world and the ancient age human bore those plagues and illnesses without the present day advancement of science and technology. He is still present and surviving in this world. So it is God who has kept the human beings alive on this planet Earth without modern science and will continue to do so till the day of judgement. Science, its advancement, its benefits and contributions are acknowledged in their domain but they are and can never be the replacement of God. Whether it is science or other resources, there are just blessings of God but they cannot be God themselves. If we consider them a blessing, that will lead to gratitude and if they are considered God then it will lead to rebellion which is an unforgivable sin.

There is another point being raised with reference to the corona virus that religion has no role to play in the practical world. It is being claimed that the Holy Zamzam, prayers and supplications have no impact. Now the only hope of this world is the scientists and their laboratories. The religious people can say whatever they want but the religion of Islam never presented itself in this way that it has been sent for the purpose of treatment and cure of some illness. If God has declared Quran to be a cure for illness, it’s the cure for what is in the hearts rather than the disease itself. That is why if there is any objection, it should be on those people who present a wrong picture of the religion. Whereas as far as prayer is concerned, it is a requirement of worship which is desired in every situation.

Another question being raised is why God creates such diseases. Does He want to terrify the people? The answer to this is it is not correct to place the blame of emergence of these things on God in the first place. More often these things are a result and consequence of the human mistakes and impurities related to their physical body and ethics. Despite this there is this reality that everything in this world happens due to the will and wish of God. So this question is undoubtedly raised that what is the wisdom of God behind the spreading of this disease.

There are many hidden aspects behind the wisdom of God in spreading of these diseases. The first thing is that these diseases persuade the humans to be serious about making this world a better place and about improving their own lives. Secondly, these difficulties remind them of the blessings and comforts of life they already possess but people do not show gratitude for it or acknowledge it. Third is that these difficulties make the people aware of the warnings of the prophets which they have made with respect to the Day of Judgment.

In the world of Hereafter the people who were afflicted by various diseases of the heart like heedlessness, pride or rancor will be deprived of the place of infinite mercy, protection and rewards i.e. Paradise and will get punishment for their ingratitude and wrongful deeds. Death will be the biggest blessing for these culprits but that will also be taken away from them. Islam calls towards this everlasting reward and safeguard against the everlasting punishments. These diseases actually are a wakeup call for the communities to rise from their heedlessness and pay attention to the call of the prophets.

There is one more objection being raised that in the aftermath of this corona virus the obligatory tawaf of the holy Kaaba has ceased and it has become a desolate and abandoned place. Objections like these are again a result of being unfamiliar with Islam. The Prophet (Peace be upon him) had clarified that the sanctity of a human life is more precious than the sanctity of the holy Kaaba. That is why in order to protect and safeguard the lives of the humans; if tawaf of the holy Kaaba is stopped or any other appropriate step is taken, Islam has no objection towards it.

How to remain humble while doing good deeds