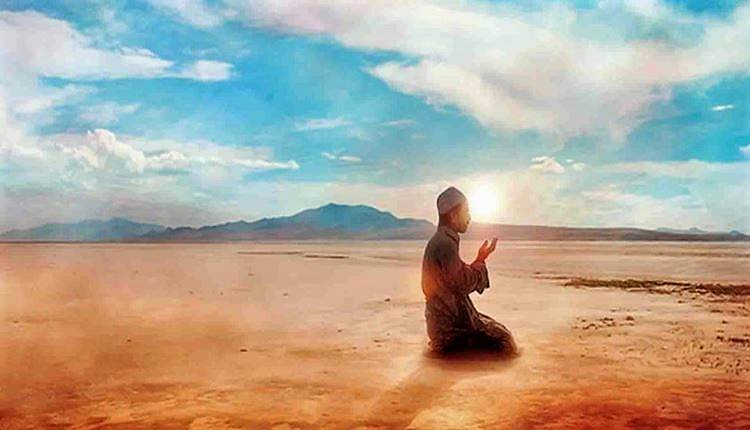 The Muslim history boasts of many phases; one of which was that in which the leadership of the Ummah rests with the Companions of the Prophet ﷺ who has been educated by the Prophet ﷺ. This was the age of the Righteous Caliphs and the righteous religion was dominant. Even the heavens appreciate the system of justice which was prevalent at that time; and the people on the earth had witnessed when Allah rewards the faithful; He bestows upon them the sovereignty of the world; similarly on the Day of Judgment sovereignty of the heavens and earth will be handed over to the virtuous eternally:

“And certainly We wrote in the Book after the remainder that (as for) the land, My righteous servants shall inherit it.” (Al Anbia 105)

This is a world of trial not of reward that’s why the era of the righteous caliphate ended so soon. This was a great tragedy but despite that the Muslim rule ascended the horizon farther. During Umayyads the Muslims stepped into the Indian and European continents. The great Sultanate of China started paying tribute to the Muslims. During Abbasids Muslims’ unity suffered a setback and Umayyad established a separate government in Undulus (Spain). Nevertheless the majesty and grandeur of the Muslims were on the rise; on the one hand Muslims reached the mainland of France and on the other hand the Christian having found a weak shelter under the tutelage of Roman Empire in the ramparts of Constantinople forts; was watching the Muslims with hatred.

When Muslims became a bit weak; the Christian world with their full might attacked the land of the Messengers – Syria and Palestine. But small states of Muslims became successful in engaging the combined powers of Europe. After two hundred years they have to leave the Muslim countries with humiliation.

The Muslims braved the western onslaught but the swarm of Tartars which rose from the Eastern horizon completely swept away the Muslims. For a century it seemed as if Muslim history did not end but lamp of Muslim glory had died out for good. But in these condition the power of Muslims’ preaching put itself into action and the Tartars who were the conquerors of the Muslims were conquered by Islam. These Neo Muslims established great sultanates that the Muslims forgot the bereavement of Grenada and Baghdad. Especially the great Ottoman Empire ruled three continents of Asia, Africa and Europe as a sole superpower holding the flag of Muslims’ grandeur high for six centuries.

In the nineteenth century equipped with the weapons of science and technology, the western nations stepped out of Europe and conquered the world. The world which erstwhile belonged to the Muslims was now in the hands of the Europe; in the age of new language; new civilization and new thinking the Muslims became subjugated; more or less two centuries had been passed since Muslims’ subjugation. In Muharram at the occasion of a new year; the sun rises with a question; “until when will the down fall of Muslims’ continue?”

The answer to this question is enveloped in our great past which we have penned down in a few lines. Our past unfolds before us the reality that; whether it be the persecution of the Quraysh of Makkah or the devastation of the Tartars; this is the power of Islamic Preaching which kindles a ray of hope in hopelessness and disappointment. When the night of oppression lingered on unbearably in Makkah; the dawn made its appearance in the guise of acceptance of Islam by the Insars (helpers) of Madina. Similarly the devastating flood of the Tartars was calmed into a smooth running river by the preaching might of Islam which remained fertilizing the barren lands of Islam for centuries.

“In the story of Tartars is an evident evil design

Kaabah got its guards from the temple”

After the continuous defeats of two hundred years; the hope only lies in the same winning power which is a conqueror of every era; but there is a condition that Muslim should learn patience; because preaching is impossible without patience.

Patience is not a cowardice; this is the greatest deed before Allah for which He will reward endlessly. For preaching, patience is necessary because it is not possible that you are fighting with the person and calling him to accept Islam simultaneously. Preaching is in fact an oppressed struggle; which has been employed into work despite the oppression; in it retreat against the addressor was not due to losing before the competitor but due to winning him to your side.

Muslims are fighting a national war against others nowadays. They are weaklings in every respect that’s why they have been facing defeat from the last two hundred years. When they will call the people to the righteous religion, they will fight the war of God and no one can win against God. The one who will fight siding with God; victory will definitely be his fate. This is the message of the Holy Quran and this is the lesson of history. This is the answer of every question of the new year’s rising Sun.