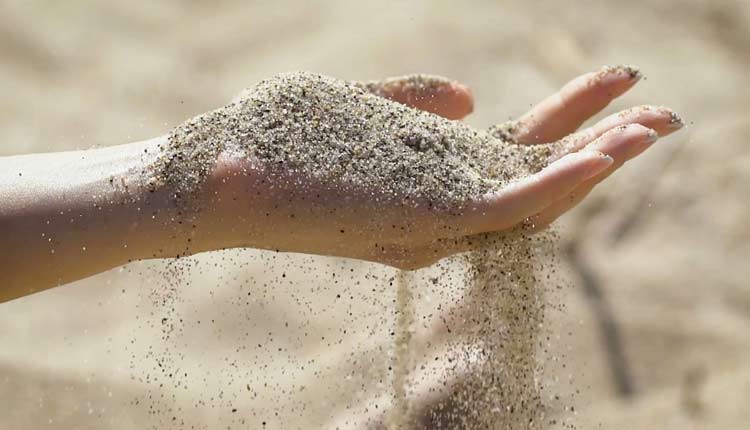 The doctor straightened the patient’s arm and shook his head in disappointment. The son asked softly, “Is there no chance?” The doctor replied, “Sir!” No, we have to turn off the ventilator”. The son lowered his head and walked slowly out of the room.

The patient’s story began in 1940. His father set up a small company in Daegu, South Korea. In Korean language, the three stars are called “Samsung”. According to ancient tradition, the three stars that rise together never set. Fortunately, father Lee Byung-chul named the company Samsung, which initially exported fruit and frozen fish.

When reconstruction began after World War II, Samsung moved from food to the construction industry and began buildings, bridges and roads in droves. Lee Byung-chul made millions of rupees by these contracts. He was a wise man, knowing that a person should not keep all his eggs in one basket; therefore, they entered the construction as well as textile, fashion and electronics businesses, the group grew.

Lee Kun-hee was the third son of Lee Byung-chul. He was a dull-witted boy. He didn’t like to study, but his father wanted to teach him anyway. Lee Kun-hee secured a degree in Economics from Waseda University and enrolled at George Washington University in the United States for higher business studies. George Washington’s time was a waste and indescribable period of Lee’s life. He could not complete his degree, so his father called him back and put him in construction and trading. He did this work in unconvincingly. His father was not satisfied with his performance.

He thought he would sink the whole company. His father died in 1987 and Lee was forced to take over the company. The company was working in 34 different fields at that time. The next five years were very difficult for Lee. He used to run from one office to another until 1993 started. Lee suddenly realized that we are making many products, because of which our quality is low while our competitors are just doing one thing and the quality of their products is much better than Samsung.

Lee felt that if we did not beat our rivals in quality, we would be defeated; so one day he summoned all his executives and told them that from today we are changing everything except our wife and children. You guys don’t care about the loss, no problem even if we come on the sidewalk, you just pay attention to the quality only; our products should be number one in the market anyway. Samsung’s logo itself should be a guarantee. It was a major shift, the management of the company tried to convince him but he persisted; he was ready to bear any kind of loss.

Executives gave up and went for quality instead of quantity. The early years were hard; the company’s warehouses became junk; Samsung’s products were stockpiled in the market; people didn’t even pass by its signboards; even distributors fled, but they did not back down. In 1995, the company’s fleet sank, and on the other, Lee Kun-hee was accused of paying bribe of 30 million US dollars to the South Korean President. He also started to face investigations, inquiries and lawsuits. That era was difficult but this era made him splendid; he kept on improving.

Samsung, meanwhile, entered the television industry. As soon as it entered market, it became a market leader in a few months and surpassed others in production, quality and sales. Thus the company became a high quality guarantee card in 2006; it reached every home. Lee Kun-hee also installed a unit of smartphones in 1998, this unit was called Galaxy. Galaxy came to the market and got a massive success. It also quickly became a global brand, after which Samsung became a 350 billion company. Lee Kun-hee was named one of the 100 most influential people in the world by Forbes in 2014 and he became the richest man in Korea. He also became a man, richer than the state.

Technology was Lee’s first pillar of success. Samsung’s R&D is very strong. It has hired the most qualified software and hardware engineers and because of them, this group is leading the market for the last ten years. Secondly, this group does not compromise on quality; you can pick up any of their products, from packaging to size, you will be amazed by its quality. Thirdly, Li Kun-hee was an expert in buying and selling. Every obstacle in the way was bought or overpowered.

He even changed the laws of South Korea. He brought governments of his wish and he also changed the judges of the High Courts so he became a state within the state and this state was bigger and stronger than the original state. You may take South Korea’s history, you will find Samsung and Li Kun-hee behind every political ups and downs in the country. He has been the target of dozens of inquiries, investigations and lawsuits. He has been accused of bribing presidents and he was also called the businessman of political buying and selling.

He was convicted of tax evasion in 2008 and sentenced, but he bought both the court and the government. He was acquitted but he had to return the designation of International Olympic Committee. He was notorious throughout Korea but he had no regrets, no worries; he stood firmly in the field. He used to say that if you can’t buy conveniences with money, then there is no point in you being rich. He used to buy people in a few moments; this habit had become so strong in him that he finally started trying to buy life.

Chairman Lee Kun-hee suffered a heart attack in 2014 and went into coma. According to his will, he was shifted to a ventilator and they started inventing new drugs for him. Samsung funded dozens of research centres, arranged the greatest doctor and the most expensive medicines were being made, but Lee Kun-hee could not come out of coma. His son Lee Jae-yong took over the reigns of the company who wanted to see his father standing on his feet; he had a strong desire that he speak once.
He eat with own hands and once, look at Samsung’s new screen but none of Lee Jae-yong’s efforts were succeeded. At last, on the evening of 25th October 2020, the doctor announced in despair. Lee Kun-hee died in the state of coma and his body was getting cold. The doctor put his arm in side and shook his head in disappointment. Samsung’s owner was dead but despite his death he had 20 billion dollars in his account and he was the owner of a 350 billion dollars company but 350 billion dollars’ company and 20 billion dollar in the account could not cope with the death. The passenger left for the next journey after a long sleep of six years.

Lee Kun-hee’s death proved once again that man can buy everything in the world by wealth, but no matter how big businessman he is, he cannot buy a single extra breath and he has no choice rather than losing before nature. They say that if man could buy life, we would still be breathing in the deity of Nimrod and Pharaoh today. Death is that Lord’s command by which Allah conveys this message to people like Lee Kun-hee that run as fast as you can but you have to come to me in the end. I will not let you hide in any corner of the universe and He does not let you hide. History is the graveyard of human gods; you may one day peek into the graveyard of history.

In every grave you will find someone who considered himself indispensable and invincible, but then what happened? From the Sun King to the Moon Queen, the dust proved to be the last blanket for every indispensable in the world. In this world of Allah, even a person like Lee Kun-hee could not open his eyes for six years lying down in hospital’s bed and from it a person like Amir Timur and Hitler goes back empty handed but we keep shouting “me” “me” in this graveyard all our lives and we are not even ashamed. My brother! See your limits and then speak, you can’t even compete with Corona, how can you fight against the giver of life and death. You are a handful of dust, be dust, don’t be God because God does not let anyone be god except Him.
[Courtesy: Express News]