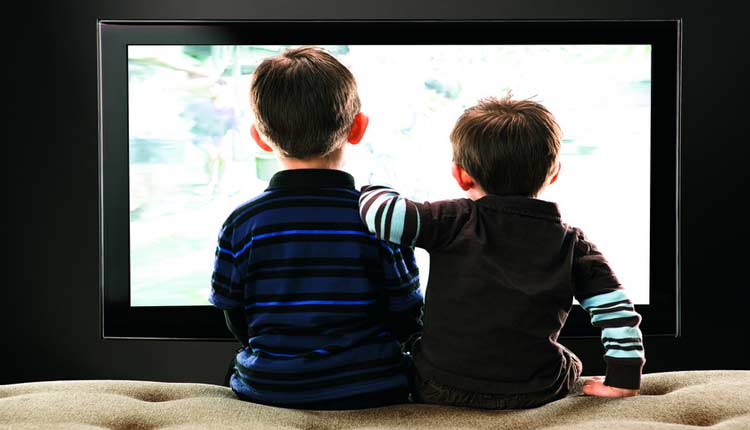 It is a general saying nowadays; with the advent of television that the age of book and pen has ended. The justification given is that thanks to the predominance of electronic media reading habit has declined. This is a fact with respect to our society, but in West even today, book is considered the main source of learning. Electronic media has become very effective regarding news, sports and infotainment but pen and book still rule the roost. Television is called an idiot box over there because of their belief that:

Watching too much television causes stupidity.

This is absolutely right since a person uses his intellect sparingly which is his characteristic distinction while watching television. Whereas reading is an exceptional brain exercise enhancing person’s intellect and rational abilities.

A person who reads books uses his mind much more as compared to a person who frequently watches television. When he reads words, he tries to comprehend their meaning. If he doesn’t understand the concept, he pauses and goes over and over them again. Using his visualization, he transforms it into concepts and analyses them; if the terms are new, he learns the meanings from a dictionary. The practice not only increases his knowledge but strengthens his imagination power also; improves upon his analytical skill; understanding the reality of things and power to deduce increases manifold.

Whereas the never-to-study and relying-on-the-television-only type never goes through this experience. He watches everything picturized in front of him on this idiot box. Every message and incident has been produced before him so well with the help of sound, picture, color and light that the use of intellect reduces to bare minimum. Gradually his mental faculties start rusting; and ultimately become too weakened to distinguish between right and wrong & good and bad; and he just passes the days of his life in hearsays.

The misfortune which has befallen our society is that the reading habit which has already been too weak has almost finished. First of all people can’t spare time out of their busy socio cultural routine, and whatever time they get is spent surfing channels. People proudly declare that they don’t have time to read or reading is too difficult for them. It’s exactly the same as someone says proudly that he doesn’t workout. The body of such an individual gets saggy and the heart gets weakened. Similarly those who don’t study and keep swiping channels do not stay smart intellectually rather they retrograde intellectually. What else can be a better proof of intellectual decline when people themselves declare their own ignorance boastfully.

The educational tradition weakens in the nation where the custom of reading subsides collectively. Not a single nation of the world can progress without a strong institution of education. This is the exact reason why our nation despite being so talented is lagging far behind in the world.

Over here unfortunately book is losing against television. This defeat can become a source of defeat for us in every field of life. This is writing on the wall” but even to read this, we have to have a habit of reading which regrettably we don’t have.

In this scenario, it is a responsibility of every sensible person to promote the habit of reading. None other service to nation is greater than this service today.