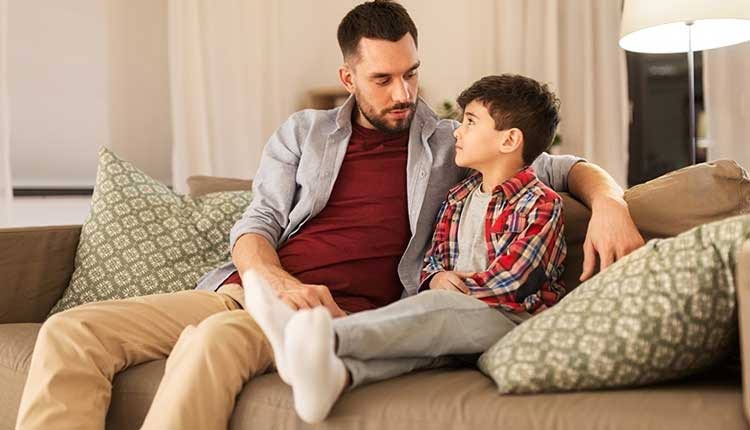 Training children is a process in which parents have to learn on their own before teaching. A list is made of the arts and skills that must be learned in the process. The art of communication is at the top of that list.

We talk to children every day about different topics. Most of the conversation is thoughtless or unnecessary, such as where did you go? What are you doing? Do this task….. Or is it professional type, for example, how was yesterday’s test? When is your final term? Who in class is smarter than you and getting higher marks? etc. That is why a communication gap has been created between parents and children. Here are some suggestions that would be effective for parents.

• Make a conscious conversation with children which means you should know what you are saying and why are you saying it.
• Come to the child’s physical level and talk to him attentively.
• Conversation should be easy, unambiguous and clear. Choose words based on your child’s age.
• Understand the child before explaining. Examine the child’s mental and emotional state.
• Try to listen more than speaking during the conversation.
• Adopt meaningful gestures because they have an effect.
• Don’t just follow the Do or Don’t method, but also include questions and answers in the conversation. Try to keep the questions open ended so that the child thinks, understands and think of something new before speaking.
• Praise or criticize the child’s behavior, not the child himself, so that he can focus on changing his behavior instead of being selfish.
• Do not be overwhelmed by emotions during the conversation, i.e. the conversation should not be reactive but responsive.
• Converse when children are in a position to listen and understand. According to experts, children usually listen intently before going to bed, during travel, on the occasion of a success.
• It is important to have a dignified conversation, but this does not mean that we should be too serious. Humor is also important.
• Children are very interested in stories so explain them in the form of stories. Read stories and create your own stories

Shafqat Ali is a resident of Renala Khurd (Okara). In 2015, he did Masters in English Language & Literature and started teaching. After that, he also started Masters and M.Phil. in Education respectively. Besides teaching, he also gives lectures on the topic of “Personality Development” at a local institute for tarbiyyah, named Walijah Academy of Self Healing (WASH). He has been attached with Inzaar Organization since 2016. Currently, he is developing a Course for Inzaar’s Project “Value Based Upbringing of Child & Youth” under the supervision of Sir Abu Yahya.