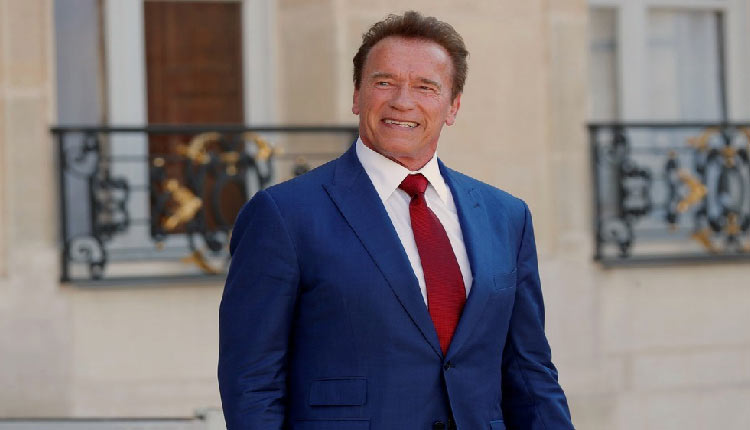 Arnold Schwarzenegger is considered one of the most famous artists of Hollywood. Hailing from Austria, he was born on July 30, 1947. Started career as a body builder and achieved many international awards. He came to America in 1968. He started trying to get into movies along with body building. He got an opportunity to work in a movie ‘Hercules in New York’ in 1970. But he got his actual fame after the release of a movie ‘The Terminator’ in 1984. Then in this field he never looked back.

After conquering the film world, he stepped into the field of politics. Fate was kind to him, here too, and the hero of movies became the hero in politics as well. He became the governor of American state of California in October 2003. Nowadays, he is serving as governor in California and also intends to take part in the elections of 2007 for this position.

This news was recently published with reference to Arnold that he intended to apply for a motor cycle license. He finally succeeded but he had to pass through different practical and written exams for that purpose for 6 months.
This is a very strange news for Pakistanis. Because in our country, firstly no governor requires any sort of license. And if he needs then keep aside passing through the exams, the highest ranked officer of the relevant department will be at his service and will keep the license in his feet. The matter is not limited to the issuance of license; be it any field of life, there is no law for rulers in our country. Law is suspended for them everywhere. But the matter is not that simple that rulers have selected this way for themselves in our country. Actually, Rule of Law has never been presented as a social value in our society. That’s why people apparently show dislike over such incidents but as soon as they get the opportunity, they also break the laws in the same way. You can observe that from those who raise the slogan of public service to those who are selected in the name of Islam, when they come into power then the law is suspended for them as it is suspended for military ruler.

Same is the case with common people. Whenever and how much they get the power on individual basis, they prefer not to abide by the law. Because the rulers have control over the law enforcement agencies, so it is quite easy for them to suspend law as per their wills. The public seldom gets this control, but whenever they have it, their behavior is not much different from that of rulers. This is the attitude that we are interpreting as the absence of law as a social value.

The value which living nations make a norm is the rule of law. If we have to end oppression and injustice from our country, we have to give rule of law the biggest status. Without this, dream of peace and justice can never be fulfilled.