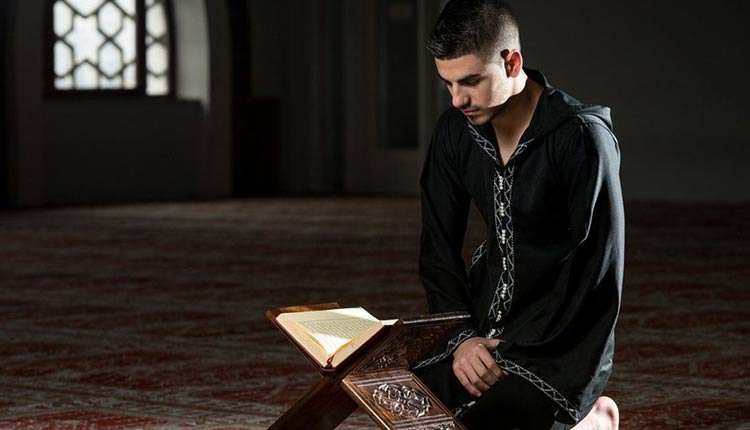 Babies’ walking training is done in a certain way in our culture. According to this method, when a baby is capable of standing on his own, we leave him with a supporting wall, step away, and call him towards us by stretching our arms to their full length. Since a child is naturally inclined to be held in arms, he thinks we are calling to hold him so he leaves the wall support and tries to proceed towards us. His infant feet shake but he tries to maintain his balance and continues taking little steps in desire of reaching us. At first he is hardly capable of taking one to two steps but he learns to balance himself slowly and gradually and eventually walks all the way towards us on his own feet. This is how a baby learns walking.

It has never ever happened during the training process that a baby left his support and we would let him fall while he struggles to walk towards us. We would keep stepping back and let the baby walk as far as he can but the instant he is about to fall, we would quickly lean forward and hold him. This is because our aim is to teach the baby how to walk, not to let him fall or put him into any trouble.

This is one example through which we could understand the relationship between man and God. The relationship which begins when the Lord of universe calls a weak person towards Him and that person steps forward, saying ‘Here I am, my Lord’. When he steps on this path of loyalty, he knows that walking towards God means he would have to go helpless by leaving every supporting wall. Nevertheless, he puts his faith in God and carries on moving forward despite shaking and struggling. This is the time when people consider him insane, they mourn over his insanity and blame him. However, he only thinks of his God and His stretched arms. He is confident that God’s hands are not that weak that they would let him fall.

Undoubtedly, this material world has been created as a test for humanity. However, God is the one who manoeuvres the strings of means and materials and He is the one who lays down the game board of challenges and trials. This happens in accordance with His perfect knowledge and wisdom. He tries people by ups and downs of the time and does so a little bit more for the pious people. Sometimes this is to remove their shortcomings, increase their ranks in Heaven or to create an example for humanity. However, there is a limit to this test and this limit is not based on God but on Man himself. It depends on a person’s height of desire. One person might not even want a prick of a thorn on this path of salvation whereas the other might stand firm in front of the Pharaoh of the time like the magicians contending Prophet Musa did; because he can clearly see the Mercy of God even in death.

God calls everyone towards His Heaven but this Heaven is not free of cost. There are various fears that encompass a person on this path; mountains of difficulty confront him at every step and he is repeatedly encompassed by shadows of uncertainty. In such situation, only firm faith in God lets him move forward. Attraction of God’s lifted hands keeps him moving towards Him until his last breath. However, the moment his feet refuse to hold his weight, the God of skies comes down to the earth Himself and grabs him before he falls. It is path of God, not a joke. Its principle is that a man destructs himself as well as that God does not let him be destroyed.

Humanity needs such passionate people today who are willing to forsake themselves in hope of God’s Kindness and Blessings; unless God’s Mercy does not let them forsake themselves. Such are the people whose life mission is to do propagation of His message and religion; those who do not care about anyone’s blame in this path of truth; those who can admire the blessings of Heaven by forsaking their wills and interests; those who can forsake the religious sectors, prejudice and extremism to understand religion in the light of Quran and Sunnah and set a goal of helping others to understand as well.

God has declared in Quran that He will show His path to those who make an effort towards seeking it. Is there anyone from humanity who is now willing to let go of his supporting wall and be helpless:

We have heard He’s inclined towards the devastated

So let’s forsake ourselves and see

Majority of Women in Hell?