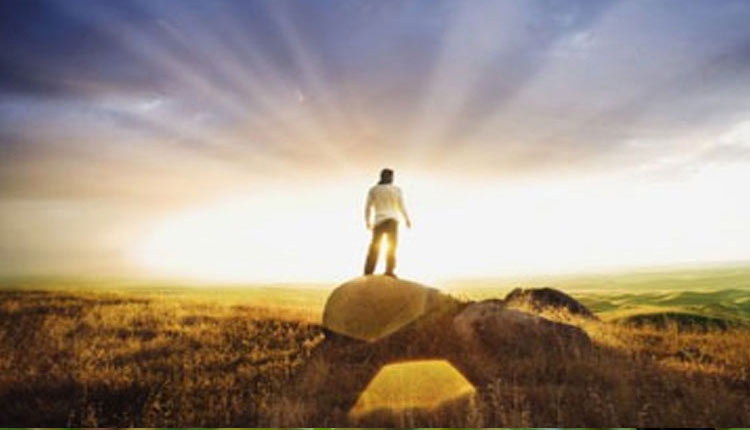 Every student of the Holy Quran is aware of the incident of Saul (Talut) and Goliath (Jalut) which is narrated in verse 246 to 252 of Surah Al-Baqarah. Two glorious prophets are also mentioned in this incident. One of them is David (Daud) [Peace be upon him] who defeated Goliath by fighting on behalf of Saul. After which he became the apple of the eye of the Israelites. King Saul married his daughter to him. He became the next ruler of Israelites. In his time and then after him in the time of his son Solomon (Suleman) [Peace be upon him], the Israelites observed the greatest rise in their history. The story of this greatness is mentioned in various places in the Holy Quran.

He is the prophet who brought about a great moral revolution in the Israelites before David. This revolution is mentioned a few verses ago in verse 243 of the same Surah Al-Baqarah.
“Have you not seen those who fled their homes for fear of death and they were in thousands? So God said to them, “Die!” (they remain in that condition for years); then God brought them back to life? Surely God is bountiful to mankind, but most of them are ungrateful.”

The Holy Quran goes on to say in the incident of Saul and Goliath that when the dead nation came to life in terms of faith and morals, it led to the political revolution that was mentioned earlier with reference to David and Solomon. The book of Samuel in the Bible describes in great detail the moral decay of the Israelites, the ensuing political defeat, the prophetic call of the prophet Samuel, and their conquest and domination.

The greatest lesson that emerges from the events described in the Holy Qur’an and the book of Samuel is that when a nation standing in the name of God abandoned the real religious demands of faith and morality, the humiliation was imposed on them. In such a situation, the prophet of the time did not make any political change, political domination or defeat of the enemies and snatching power from them his main goal but made the call of faith and morality his target. It took just twenty years after that and the situation changed completely with the hard work on one generation.

This incident was also narrated in the Holy Quran at a time when the Prophet (peace be upon him) had prepared a generation of the greatest human beings in the form of Ansaar and Muhajireen as a result of a struggle of faith and morality for more or less fifteen years. Therefore, it was only after this initial stage that the time came when the Muslims defeated the polytheists of Mecca at Badr. Islam prevailed over Arabia and then the religion of truth spread over the entire civilized world. This was the result of accepting the call of faith and morality of a nation which is written with full detail in the pages of history.

Muslims, the successor of the Israelites, have been trying to restore their lost political power for the past 300 years. At the same time, Muslims struggled in the non-political domains. But despite the change of domain, the real Quranic call to faith and morality has not been aimed here. As a result, the dream of domination has not been realized to this day. It can be said with full confidence that if for the next three hundred years the Muslims did not realize their mistake and did not adopt the struggle of faith and morality which is the real struggle of the prophets, then all their efforts would be in vain. In contrast, the story of the practically dead Israelites teaches a lesson about how extraordinary the results of just twenty years of faith and morality can be.

Today we are collectively dead. There is only one way to get out of this death and find the life. Fully embracing the call of faith and morality. This is the way our Lord Himself has decreed for us, Who decides the life and death of the nations. This is the way of the prophets (peace be upon them). But how unfortunate we are that we have abandoned the path of Allah SWT and His prophets and taken the path of the revolutionary leaders of the world and are the victims of endless humiliation and disgrace.