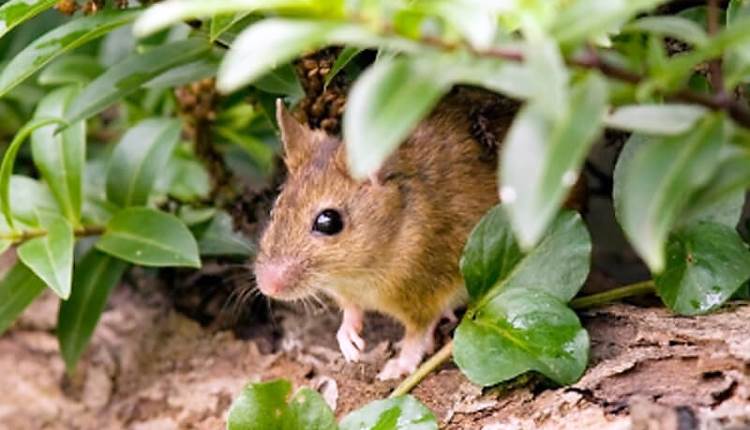 At a genetic level the mouse is an animal that is akin to human beings. As such, when scientists undertake research on human ailments, they invariably use the mice as guinea pigs. They introduce germs in to the bodies of the mice and then they give them various experimental medicines and vaccines to monitor their effects. If these experiments are successful, these drugs are then tested on human volunteers to acquire conclusive results.

Perhaps it is a consequence of this genetic similarity that mice enter the homes of humans and have an affinity for and consume human foods like bread; they also gnaw on other useful household items. As a result, humans harbour a dislike towards them and use various means to try to get rid of them.

Nowadays, a new trap is in use to get rid of mice. It emits a powerful aroma of human edibles like bread, rice etc; one of its recesses is empty in contrast to the other one which is lined with a super glue. It is placed in the path of the wandering mice at night time; as soon as it is dark they come running, attracted by the powerful aroma and jump onto the treated surface but then they never get a chance to come out of the trap because the super glue encases their feet.

An ordinary mousetrap can only trap one mouse and then becomes ineffective; in contrast, this trap continues to hunt more mice that come into it attracted by the aroma of food. This continues until, the trap exhausts all its space, or there are no more mice left to catch or the night ends. Then at dawn, this prison cell with its yelling and howling inmates is discarded in a rubbish bin. Here, they eventually die but can never be free.

It is ironic or may be an effect of this genetic similarity that man, who hunts the mice with such ingenuity himself, often conforms to the behaviour of a mouse. This is exemplified in issues like sexual urges  and hunger, love for one’s children, greed for wealth, intoxication of fame, lust for power, the desire to attain a high status in society, vast bank balances and huge properties, thriving businesses, prospering industries, sparkling brand new cars, luxurious homes, foreign holidays etc; these often prove to be ‘mousetraps’ for humans, which their hunter, the Devil, places in their path. The attraction of these, forces man to madly pursue them and let go of the guiding hand of the Prophets . The Qur’an keeps calling him from behind saying ‘these are but worldly possessions and what is with God is a much better abode’, but who wants to look back?

Man makes a list of his desires and then starts running after them until he achieves these things but at that very instant, the circumstantial glue sticks to him; the limited list of his desires then gets transformed into an infinite list of ‘needs’. No matter how hard he tries, it becomes impossible for him to escape this vicious cycle. After this, only death remains his destiny and what remains of him is actually a walking corpse from which emanates a pungent odour, which may not be sensed by ordinary people but is perceived by Angels of God, who pass by him with their noses, covered. In fact, the Angles assigned to document good deeds probably do not even come near such people, only those angles cross their path that are assigned the task to pick these” mice” at the appointed time and throw them into the bin of Hell.

The predicament of human beings is that one after the other they keep falling in this “trap”. They think that the ‘mouse’ before them is enjoying himself there; likewise, they also join the ‘rat race’ to claim their share. Ultimately, they all suffer the same fate except for those who manage to escape this web of desires; their Lord will welcome them himself in the following words:
“O you, whose heart remained content, return unto your Lord, such that He is pleased with you and you are pleased with Him. [Return] and enter among My servants and enter My Paradise”. (89:27-30)
O people! You set traps for mice; recognize the mousetraps set for your selves! Your hunter, Satan, has designed innovative mousetraps for you. I am afraid that one day you may get entangled in one of these traps and not even realize it!

Do not leave the guiding hand of the Prophet while you search for your share of livelihood. Do look back at the Book of God that considers success in this life as insignificant as the success in the hereafter is insignificant to you. The Sun is about to set on this life. Why are you forfeiting the everlasting hereafter for this temporary world? Why are you trying to lose the unparalleled heaven for the temporary pleasures of this world?
“These finite days of dreams number but a few,
For, surely then awaits us, an eternity of woes”

The Practice of Spending