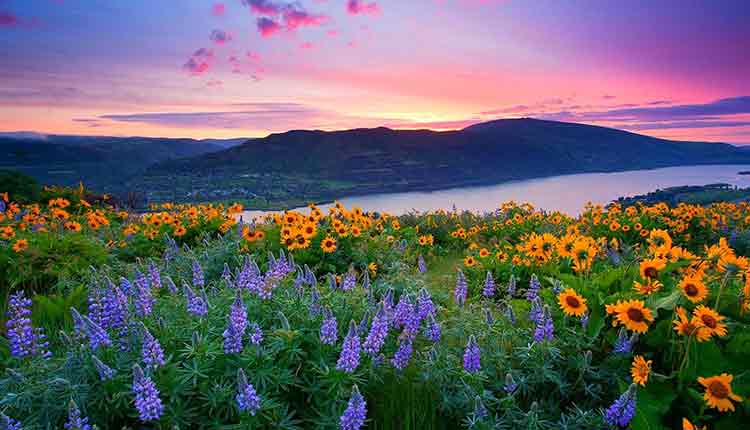 It was a chilly winter evening. When I left the mosque after Maghrib prayers, I was greeted by a gust of cold air. I raised my head. There was a scene in the sky whose beauty fascinated me. In this pink winter evening, it was like flames, blazing on the western horizon of the sky. The sun had set, but left behind the redness of twilight, which adorned the blue sky like a bride’s red dress.

This view of the sky burning like embers in the cold air was so beautiful that the whole universe was engaged in its observation. The birds were returning to their homes to see the marriage procession of this heavenly bride. The clouds in the air were in no hurry. They were staying in their place and enjoying this beautiful view. Tall trees also saw the clouds, began to enjoy this view of the beautiful nature. Even the blackness of the night also came out to see this scene.

I saw that everything in nature, seeing this extremely beautiful scene, began to glorify the Creator of the universe. But the person who was made the king of the Earth was completely careless, busy in his daily chores. Leaving the shopping center, sitting in the cars, walking on the streets, these people were most capable of seeing the scene and singing praises to God. But ah this man! He has time for everything. There is no time to praise and glorify God for his craftsmanship.
He who is praiseworthy in His own self does not need to be praised. He scatters countless scenes like this in the deserts every time. Whom Gabriel and Israfil praise, He does not care which of the jinn and humans give thanks to Him and which do not.

The blackness was growing on the horizon and the redness of the evening was fading fast like the process of ageing. It occurred to me that this sinking evening was sending a message. Time is short. Praise God and make this evening yours forever and ever. The kingdom of God is about to be established. Heaven is being adorned like a bride. Her every evening will be more beautiful and heartwarming than this evening. Ask for it. God does not reject prayers which are requested with His praise. Ask Him for the eternal kingdom of Paradise. Ask for what Gabriel and Israfil cannot get.
This evening’s message was a debt owed to me by the rest of mankind, which I paid by writing this article.