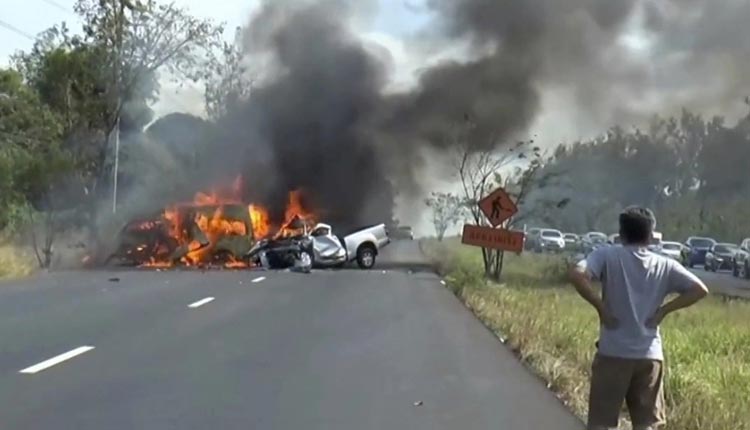 Two months ago, my young nephew Abdul Sami passed away in a traffic accident. After the accident, I did a lot of research on the subject of traffic accidents in Pakistan. Then I wrote several articles on this issue and also recorded a video lecture in which I drew attention to the seriousness of this issue. I also mentioned the solution to the problem.

During this time, I realized that most of the people are not interested in such things. The loss of human life is of no real importance to them. I perceived the national indifference in this matter from many angles. For example, my video on the subject, “Our Silence on the Massacre,” is the most failed video on our YouTube channel, which received barely 2,000 views in two months. No one even tried to share it and pass it on, even though it focused in great detail on the seriousness and solution to the traffic problem that kills around one hundred thousand people every year.

On the contrary, if it is written and spoken on topics such as “The sharia status of beard”, “Nawaz Sharif vs. Imran Khan”, “The sharia status of sex with slave girls”, “Conspiracies of Jews and Hindus”, etc. then it becomes the interest of countless people. This comparison is an open statement of our indifference.

The sanctity of human life is the most important thing in the sight of Allah SWT. Societies that become so insensitive to the violation of this sanctity invite divine wrath with their silence and indifference. Our society has become one such society at present. If we do not change our attitude, sooner or later the whip of divine wrath will pull out the skin of every insensitive.

Being in Hell, with Friends