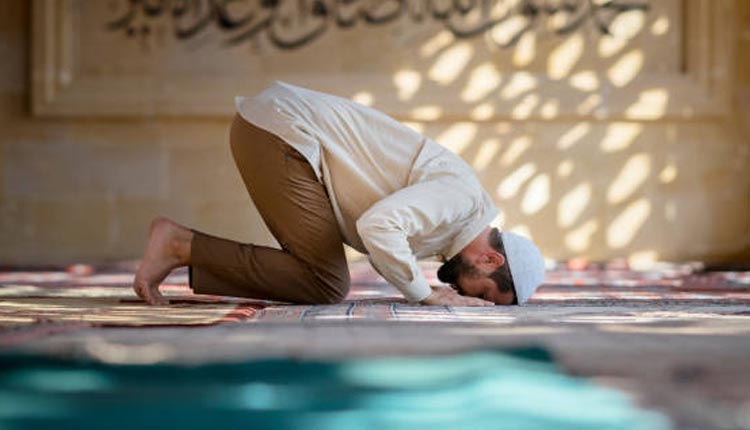 Prayer is the most desired and fundamental duty of Islam, therefore attention is often drawn towards it. Therefore everyone who is drawn towards religion starts it by regularizing himself in offering prayer. That’s why the society is swarming with the prayer mongers and mosques are being populated and neighborhood is teeming with call to the prayer and Iqama. Even after that the change which must come in the individual and society, is not there. The reason is that the importance and punctuality of the prayer in our society is in the terms of its appearance only. We consider a person a prayer monger who offers prayer like his other daily routines. Undoubtedly this is exactly what is desired but in fact it is a starting point. The duty will be fulfilled when prayer would become according to Quran, the source of “Remembrance of Allah” (Taha 14:20). The practice of offering prayer becomes such an act that existence of God overwhelms his thoughts and he gets in touch with God. But our mind is mostly occupied with thoughts during the prayer. Thus our prayer could not create desired qualities in us. We do offer prayer and despite that, tell lies; sell by forswear; violate the rights of God’s creature, disrespect humans. In short everything which a non-worshiper can do, a worshiper does in our society. In such circumstances, it is necessary to highlight the core aspect of the prayer “remembrance of God” so that its importance and a desire to achieve it may arise in people.

With respect to remembrance of God, two things are highlighted in a prayer; “the Greatness of God” and “Pureness of Allah”. Allah o Akbar – ‘Allah is the greatest’ and Subhan Allah – ‘glory be to Allah’ are not only the most repetitive words of the Prayer but also the description of the two basic realities, proper understanding of which completely changes human psychology and resultantly his actions.

Consider first, Allah o Akbar ‘Allah is the greatest’. This statement reminds human again and again that his God is a great entity – He is greater than him – He is the greatest. Man, who is naturally afraid of someone greater than him, when get introduction of God over and over again, then firstly during the prayer, in the realm of his mind, feels inferior in front of God and afterwards he practically bowed himself down. When there comes a moment when he is strong enough to oppress, free to disobey, has the power to snatch, it is where the greatest God to whom he bowed in prayer comes forward and the mighty, free, and powerful becomes an inferior being and he realizes that he is powerless to run away from the Mighty God. Then, he cannot think of committing a sin even in his loneliness let alone the crowd. Evil cannot intrude depths of his inner self, let alone the outer self. He neither violates Allah’s rights nor peoples’; he neither violates the boundaries of religion nor nature’s. Reminder of ‘Allah is the greatest’ with every component of the prayer punctuates a man to acknowledge the greatness of Allah in every matter of life and to fulfill its requirements.

Other than the greatness, second reminder of the prayer is Tasbih. What is Tasbih? It is the confession that God is flawless. He is pure from every weakness and every error. He is free from every simile and every parable. He is, as His High and Great Being should be. Man initiates his prayer with the confession of this reality. He bows down to genuflection and lays his head in prostration while agreeing and admitting this fact. It is not an ordinary thing to acknowledge the holiness of God. Without knowing this fact, on one side, man associates those things with God that lead him to polytheism and atheism and on the other hand, the relationship of confidence and love which should be there between man and God, and which is the food for his spirit, could never be formed.

Man is an appearance loving creature. To satisfy his spirit of servitude, he prefers the creature whom he can see, touch and think of rather than the God Who is not incarnated. So man takes a figure of creature and incarnates attributes of God in it. Then sometimes he relates it to God and sometimes considers it nearer and dearer to God. Then the worshiper offers prayer, glorifies the Lord but also prays to His associates, weeps for him, offers vows before him, and asks him for help. Then the All Honorable God gives His share of worship to His partner as well.

Another aspect of this reality is that man has proven quite sensitive; he resides in a world where oppression abounds, where those things happen which should have never been done. Such incidents occur on daily basis which torment a sensitive person. He sees the weak as oppressed, the good as miserable and the innocent as troubled. In such circumstances, if he is not fully conscious of the glorified God, he becomes a denier of such an “insensitive” God. He becomes careless of such a God who sees the oppression but remains silent. His hand never rises to seize the wrongdoers, but moves very well to send earthquakes, floods, death, disability and grief to the innocents, who even leaves His worshipers alone in the worst circumstances.

This is the practice of Tasbih which tells us that God is neither helpless nor senseless; nor is He a King who is indifferent to His subjects neither does He need any witness for proof and testimony. He is Holy, Magnificent and the Greatest…… waiting for the Day which is nearly to come. The day on which, Hell will be the abode of every rebellious and oppressor and everlasting blessings of the Heaven will be the destination of every virtuous. So the Tasbih protects a man from polytheism, atheism, disappointment and inaction and keeps him bowed before God even in the worst circumstances.

In this way the internal aspects of the prayer like ‘Takbeer’ and ‘ Tasbih’ give birth to a pious, practical, courageous and a faithful person; the persons who are sorely lacking today.