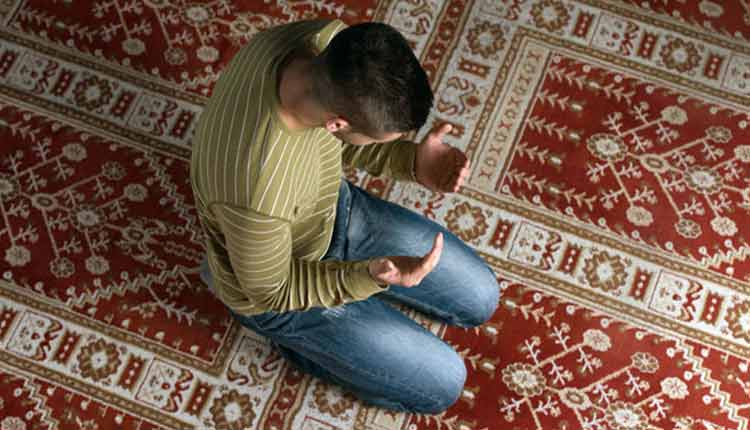 As the son embraced his father at the main entrance of the airport, tears began flowing from the eyes of his father. While in the state of great emotional distress he asked his son, “Will you remember me?” The son replied in a sad voice, “Why not father! I will remember you and think of you each day and will remain in contact with you every day.”

If you have visited the airport then you will get to listen to these kinds of dialogues frequently. It can be understood from these kinds of dialogues that what is the concept of remembrance of someone amongst human beings. When a person remembers someone then he lives in the impression and awareness of that being. He recalls the numerous favors and kindness bestowed on him by that person. He revives the words and memories of that person. And occasionally he even addresses that person by name and talks to him in absentia. But in all these aspects human emotion, awareness, and ideas are fully prevalent. There is no remembrance without awareness and idea.

But the strange thing is that when human beings have been commanded by Allah SWT in the Holy Quran to establish His remembrance which in common terms is called Dhikr of Allah SWT. Then we establish this remembrance and Dhikr of Allah SWT while negating this awareness, concept, and emotion. Allah Almighty SWT is beyond the capacity of human senses. So it will not be possible to capture the physical features but the signs of unlimited blessings, favors, authority, and greatness of Allah SWT in our own self and this universe are evident and manifold. How can we remember God while being empty of His impression and awareness?

Allah has blessed us with hands and feet. He has blessed us with eyes, nose, and ears. He has awarded us with the wealth of heart and brain. He has filled our vessels with feelings, emotions and understanding, and gave us social support in the form of relationships. He has granted us with intelligence, power, capability, and every blessing with which it becomes possible to survive in this world. If He gave us the feeling of hunger, He has provided us food as well. If He gave us thirst, He has provided water as well. If He put taste buds on our tongue, He has also placed a variety of limitless food and drinks. If He gave us the sense of smell, He has also provided us with numerous pleasant scents and fragrances.

In life, He gave us the relationship of a spouse through lawful marriage. The children were granted for the coolness of the eyes. He gave us a place to live, different items to make use of in our daily work, a vehicle to drive, a workplace, different relatives to meet and greet. God blew cloud-filled winds in the season of rain. Then He brought rains and clouds. In order to grow crops and make them productive, He has introduced the summer season. In the spring season, He blessed us with the display of beautiful flowers and numerous fragrances. In order to envelope the plants and trees with new leaves, the fall season was introduced, and, to reveal snow, He has introduced the winter season.

Through the setting sun in the West, He spread the colors of Twilight. While the rising sun from the East lighted the horizon with its golden rays He has illuminated the darkness of the night with shining stars and bright moon. He has provided us the early mornings and cold evening light breeze and the shadow of trees in the burning hot summer afternoons. When He placed the blue cloak of skies over our heads, He has also blessed us with the floor earth beneath our feet which is immovable. When He gave men the power to fly like birds in the sky, He has also empowered him to tackle the sea through boats and ships.

These are just a few of the unlimited and indefinite blessings which are sufficient to introduce our Merciful Lord. But when we remember our merciful Lord then our heart is completely empty of this concept, awareness, and feelings. Our righteous of souls just take His name mindlessly without feelings and awareness in a way that is hollow and empty. Our pious people bow and prostrate before Him while being in a completely absentminded state of the presence of his lord. Quran does not demand this kind of virtue and piety. What the demand for Quran is can be clearly understood from every dialogue that is conversed at the airport.