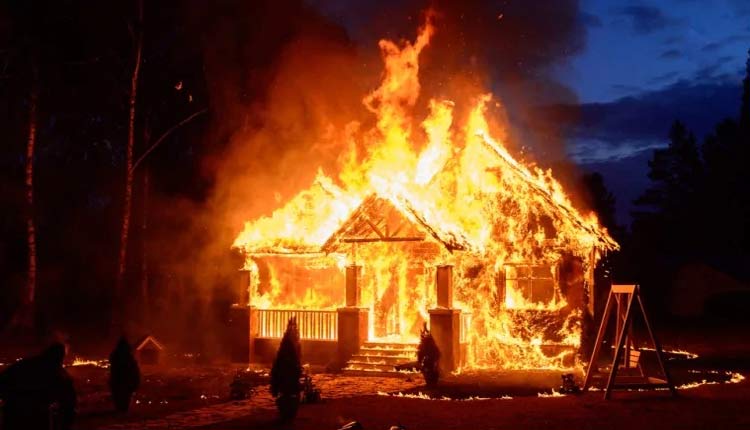 Not long ago, a tragedy happened in Gulshan-e-Iqbal area of Karachi. A resident of a flat of a five-star apartment situated there lay down to sleep in the chill breeze of AC. Late night, it got short-circuited, and the fire spread throughout the house. They tried hard to get out of the house but the heat of fire made every attempt of exit, unsuccessful. Hearing their screams, people of the neighborhood also came to help. But the iron nets, intended to prevent thieves, blocked their paths as well. Suddenly, the flames of fire swallowed all eight individuals present in the house.

The incident disturbed not only that area but also the whole city. Every eye was filled with tears at this tragic event. Newspapers and media were making different institutions responsible for that tragedy. However, as per the tradition, these institutions were blaming each other for the incident. It was discovered after the inquiry of one week that the basic reason of fire was that residents of the flat stole electricity and installed two ACs. Overloading resulted in short circuit, and the fire besieged the whole. In this way, those sleeping in the cool air became morsel of the hot flames in no time.

This case of power theft, which became the reason of a serious incident, is not a only case of its kind but in our society power theft has become routine. This matter of stealing is considered so harmless that people not only suggest power theft to one another with confidence but also tell new methods for this purpose, considering them the acts of goodness.

Every act of theft and corruption has been considered bad deed in every age and every society. But in our society its evil is disappearing from the hearts. Discussion regarding corruption of leaders is the reason for this which deprives the common man of reform. He thinks when everyone is looting, why shouldn’t he also get his share.

But religiously and morally, this attitude is totally wrong. This is not the way of reform but feud. One bad act can never be the justification of another. Oppression and corruption of rulers cannot provide the justification of theft for us. If we consider this thought to be true, whole earth will be filled with oppression and outbreaks. That’s why Holy Prophet (P.B.U.H) has made it compulsory to follow rulers, despite of all their oppressions and malfunctions. Countless Hadiths are there on this subject. We are copying only one for example.
“You must obey your rulers, whether you are in trouble or in ease, whether willingly or unwillingly and even though your right has not come to you.” (Muslim, Raqm 1836)

Apparently, this order does not seem practical to us and instead we consider the sayings true of those people who create the mentality of hatred, anger and revenge in humans. But the fact is that when we follow such people ignoring the guidance of the Holy Prophet (P.B.U.H), the limited oppression and corruption of rulers permeate the lower classes and the whole society teems with feud. This thought and action not only deteriorate worldly affairs but even in after life this excuse of evil will not be acceptable for any person that his rulers were bad and tyrant.

It is necessary to tell people that theft is a serious crime, for which the punishment of amputation of hands is declared in this world. In the world, fire coming out of the electricity of theft which burnt eight individuals, is going to be changed in the after life in such a fire whose flames would never extinguish. On that day, it would be the greatest success of a man to save himself from the fire of hell – even if it means buying expensive electricity in the world; even if he has to sleep without AC.