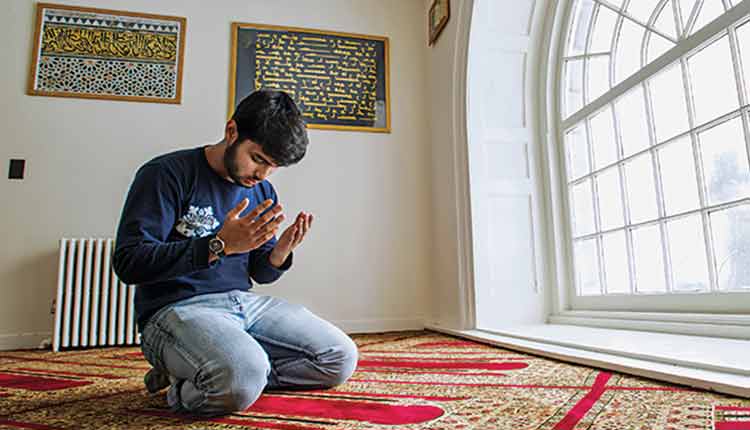 The Model of Truthful and Trustworthy

There was a time when in our society, the words ‘observance of fasting and prayers’ were used to describe a person’s piety. This meant that a particular man or woman is so virtuous that he/she organizes prayers and fasting. After that, the thought of the religious people working in the society gradually began to dominate. In consequence, the definition of piety further developed. Now, observance of fasting and prayers alone is not enough to obtain a certificate of awareness, but in society, a person is called a pious person who adopts the appearance as per Shariah. It includes a beard larger than a handful, high trousers, a cap on the head, and a veil for women, as well as strictly staying away from pictures and music.

In our society over the last several decades, this definition of piety has not only included the above-mentioned choices, which are difficult to arrange, but also the number of people who arrange them has been increasing. Awareness has flourished not only among the common people but also among those sections of the society where piety and piousness have never been easily accessible. Our mention is towards young boys and girls and rich people. In our society today, there are a large number of young girls who arrange veils of their own free will and passion. In the same way, a large number of young people take pride in wearing Topi and Amama and beautifying their faces with the light of their beards. Higher education institutions also have a large number of young people who take care of these things. Similarly, the effects of this awareness have increased among the wealthy sections of the society. The big traders and their wives are affiliated with and support religious organizations. Even among the sections of the society and the people who do not take care of these things, it is certain that if any religiosity exists, this is it.

On the one hand it is a situation and on the other hand it is a matter of bribery, corruption, adulteration, lying, disobedience, jealousy, arrogance, dishonesty, negligence of duty, hypocrisy, lust, worldliness and other such evils which are deteriorating society. Not only ordinary people suffer from these evils in large numbers, but the above mentioned pious believers often seem to suffer from these evils too. Ultra-cautious people on Music are ready to go beyond any moral threshold to chase jingling of wealth. The moral image of sensitive people on Pictures is so terrible that it is enough to blacken every mirror in the world. People with beards, caps, burqas and high trousers also regularly involved in backbiting, lying, breaking promises, arrogance, jealousy and hypocrisy.
The point of our analysis is not that their standards of goodness are also the cause of their moral flaws. Not at all, the point of ours is that we have made some apparent things the standard of religiosity. People are only sensitive about them and the moral things that have a purpose in religion are completely disappeared from sight.

On the other hand, the image of goodness that comes before us as a role model in the matter of religion is that you (P.B.U.H) possessed the highest level of faith and morality and owned the best morals (Al Quran 4:68). In the previous heavenly books, the characteristics with which your (P.B.U.H) prediction was made, the most prominent characteristic among them was that this man will be the righteous and trustworthy (Revelation 11:19). Even the worst opponents of the Prophet (P.B.U.H) acknowledged his moral standing. People became your enemies but they kept their trusts with you (P.B.U.H). They did not believe your message but said that you (P.B.U.H) never tell a lie. They were not ready to accept you as the Messenger of Allah, but they were sure that if a case was brought before you, you would decide it on the basis of justice.

In this context, it is our responsibility, if we want to make people sensitive, we should make the them sensitive in issue of the Quran model, that comes before us in the life of the Holy Prophet (P.B.U.H), before making them sensitive in outward actions. This model is the model of a righteous and trustworthy person. This model pays homage to the rights of God and the rights of humans alike. This model will be free from dishonesty and lust if it fulfills the obligations of prayers and fasting. If it dislikes nudity and obscenity, it will also run away from backbiting, bribery, jealousy, lies and breach of promise. This model will measure correctly in any case. Will do justice. It will be fearful of the Lord and kind to other persons.

A believer cannot lie. A person has no religion is he does not keep his promises. Jealousy burns good deeds as if the fire burns firewood. And the curse of Allah is on the worldly servant of dirhams and dinars indulged in greed of money and love of world. Backbiting is a worse crime than adultery. Slander ends a person’s lifelong earnings. Both the bribe taker and the giver are hellish.

The Journey of Worship to Eternity