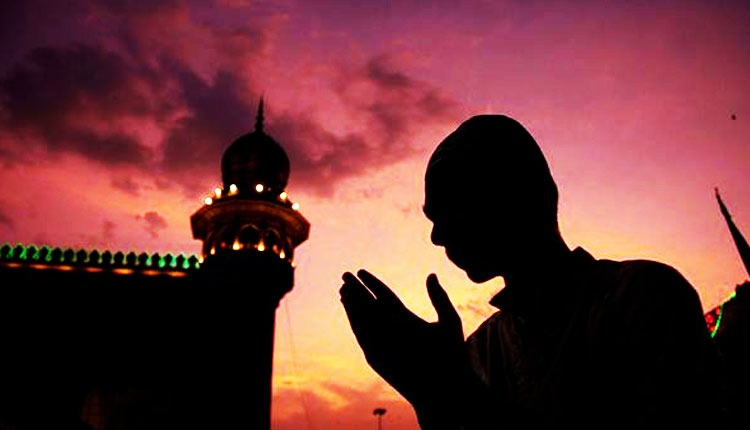 It is repeatedly stated in the Quran that Paradise is the reward of faith and righteous deeds. When the Prophet (P.B.U.H) conveyed this call to the Companions, they believed in it and began to adapt their lives to righteous deeds. Even today, if a non-Muslim wants to convert to Islam and become a candidate for the blessings of God Almighty, it is necessary for him to fulfill the conditions of faith and righteous deeds. But it is strange that those who are born in Muslim homes always consider themselves exempt from the condition of faith. According to them, the step of faith has been set by Allah Almighty Himself by creating them in a Muslim family.

It is found from the Quran that faith is the name of making God’s worship, faithfulness and success in the Hereafter, one’s goal in life. The second fundamental component of faith is to understand that the path of the Holy Prophet alone is the right path to achieve these two goals. But unfortunately, the oral utterance of Kalma-e-Tayyaba is considered synonymous with faith. Or rather, the concept of renewal of faith after repentance on the past deeds is seldom found. Obviously, these two things are related to faith, but these are not real faith.

In order to understand the true faith, it is necessary to observe the Companions. The Companions were members of a society where there was a belief in the name of religion. The religious people associated with this belief were none other than the custodians of the Holy Haram (Holy Mosque in Makkah) and the descendants of Ibrahim (A.S). They were so sure of their truth that when they left Mecca on the occasion of the Battle of Badr, they grabbed the curtains of the Holy Haram and prayed: O Allah, if this religion of Islam is true, then rain down stones on us from the sky. The Holy Prophet kept the call of faith before them for thirteen years. Based on the evidence, he proved that only Allah Almighty deserves their worship, love and loyalty. If they follow my way of worshiping Allah, they will be entitled to the blessings of Allah in the Hereafter. The Companions accepted that invitation and embraced Islam by making all kinds of sacrifices.

This example of the Companions shows that faith is in fact an intellectual discovery. It is the name of adopting the right thing by considering the prevailing ideologies, social concepts and the beliefs of the ancestors. It is the name of living in the glory of God, not of men and creatures. This is the name of considering the Prophet of Allah as their real guide instead of religious dignitaries and Muslim leaders. If righteous deeds are a test of action, then faith is a test of thought. If heaven cannot be found without the former, it cannot be obtained without the latter, either.

The test of faith, like righteous deeds, continues to this day. If non-Muslims face this test because of their ancestral religion, then Muslims face this test because of their ancestral sect. Today, when a Muslim opens his eyes and looks around, he finds himself affiliated with one or another religious group. If such a person adopts religion based on the influence of his environment or an invitation, then it is actually his party or his sect that begins to tighten its grip on him. He is apparently speaking the words of Allah’s Messenger and the Hereafter, but his real affiliation is with his sect, his thought and his elders. Everything is wrong for him except his own way and his own thoughts. Such a person considers his sect as a salvaged sect and the rest of the people as hellish. For him, the proud identity is not what Islam has given him, that is, the Muslim, but he considers himself proud to introduce himself with reference to his sect.

This is the situation that revives the test of faith for a Muslim today which the Companions had to deal with or today non-Muslim deals with. The method of success in this is the same as that of the Companions that is to turn their every loyalty towards Allah and His Messenger. All Muslim scholars should be considered as their guide. Every person’s speech should be tested on the basis of Quran and Sunnah and the one whose speech is close to Quran and Sunnah should be adopted. It may not be possible for everyone to start researching religion, but whenever a question arises about any of their religious practices or beliefs or thoughts, instead of shaking it with prejudice and hatred, they should turn to other scholars to find out their point of view and their arguments. The one who seems to be right among the various scholars should be adopted without prejudice.

This is the way that will become the greatest proof of our faith on the Day of Resurrection. Proof that our loyalty was not to our elders but to God Almighty. This is the faith that will make even our simple deeds very valuable in the sight of Allah Almighty.