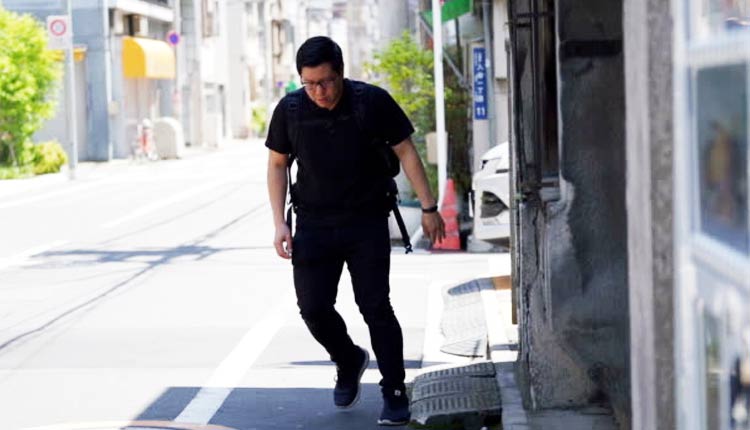 There was probably an oily thing or a banana peel thrown by someone on the footpath, as the young man stepped onto it, he staggered, slipped, and fell on the ground. He got confused for a moment and then stood up wiping his clothes off and massaging his body. Some of the people rushed towards him to help, some showed sympathy, while there were also some wearing a smile on their faces.

At the last moment, I too witnessed the scene, a wave of sympathy rushed into me for a moment but I got satisfied while seeing him standing on his feet, then, unconsciously an invocation (Dua) of the Holy Prophet صلی اللہ علیہ وسلم came out of my mouth; a part of which means:
“O’ Allah! I seek your refuge ……. That I may stagger or be a source of’ staggering for others”.

The staggering which has been mentioned in this Dua (invocation) is certainly not the staggering of the young man, this was my instinctive reaction, but the staggering which has been mentioned in this invocation is not much different from this one. This is staggering from the “right path”. This happens when a person is walking on a straight road of life. Suddenly his interests, his aspirations, his emotions, his prejudices come before him; or on the eve of contracting a financial deal, or setting the limits of rights and obligations, or while he is having a conversation or while he is crossing the bazar, or watching a T.V in his room. On all these occasions, any wrong deed, any injustice, any indecent scene, an opportunity of oppression and persecution, a moment of self-interest and opportunism, any opportunity of greed or graft, works like a banana peel, or an oily thing or plays a role of mud and puddle. A person staggers, fumbles, and ultimately succumbs to them. But this is the spot where the real difference starts. There are only a few who stood up at once after the fumble, balances themselves, or stood up straight after staggering.

The majority enjoys this stumble. Whenever their feet contract a banana peel, most of the time it happens that their conscience; their faith, Nature, and wisdom alert them to be cautious but ignoring that voice they agree to enjoy the stumble happily.

The reason behind this that their inner self does not feel hurt but enjoys; their conscience feels pleasure. If ever something is wounded, it is their Faith and ethical being. Obviously, this is the greatest of all the wounds and it will appear on the Day of Judgment. When it appears, man will weep with head down and cry what had happened to him but there will neither be support nor sympathizer on that day.

So superficial and impulsive people make stumbling their habit. They pass by a mud puddle again and again so that they may not miss a chance to stumble. They frequently change T.V channels; take a round of Bazar or Girls college; find an opportunity of bribe in offices; weave a net of deception through their oily tongue in the shops Then there comes a time that they no more remain prone to stagger of faller but had staggered and fell for good. They became seducer for other to stagger and fall in line with them. This is rebellion; a crime which has no forgiveness. The fire of hell has actually been alighted for such kind of people. But the person who stands straight after the first fall, he is not among the fallen ones. Because in this path, the person is not considered fallen who fell and then managed to stand stable and rise.

This behavior of standup, this habit of balancing up, this path of coming back, the path of seeking forgiveness has been a path of those destined for Paradise. Those who have decided to wait until the Day of Judgment for the complete gratification of their wishes, pleasures, interests, and needs. These are those people who will be settled in the everlasting world and be awarded never-ending pleasures.