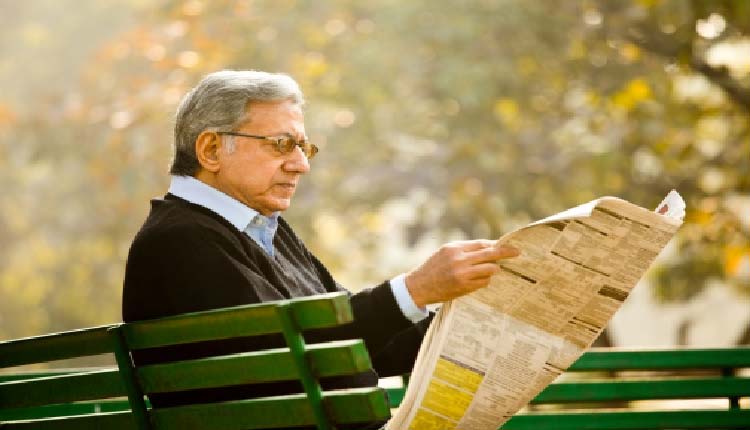 It is said the habit of reading a newspaper is like an addiction. He who is once addicted to it, cannot get rid of it until he dies. Some people become so captive to this habit that they start reading the newspaper before leaving bed, without going to the toilet and without having breakfast. That is why newspapers are as popular in this age of electronic media as they used to be.

The basic function of newspapers is to provide information and make the people aware of accidents and events around the world. However, it is a principle of journalism that the news is not that the dog has bitten the man, but the news is that man has bitten the dog. That is, what happens beyond the routine life is more important and that is what they inform the readers about.

This is because people do not generally give importance to normal things. Only those things get their attention which are unusual; through which more & more sensation spreads among the people. We have newspapers running entirely for commercial purposes and higher sale is a guarantee to their success, so the newspaper officials describe newspapers and events in a more sensational manner. Since crime, accidents, scandals and the same type of negativities contain the news value of the same background, the newspapers highlight them.
Another problem we have is that political issues have been given over-importance. So, newspapers also give importance to political news above all. Since politics is itself a negative thing, most of the news also comes out negatively in this regard.

Newspaper columnists pick up the same things and base their articles on them. These columnists have mostly a journalistic background, so when they write columns, they start reporting exactly the same negative reporting in an imperceptible way as in newspapers. The theme of their interest is the field of politics from which good news does not come or the negative incidents of society which are less in terms of number and very high in terms of news value. So, they selectively take up the dark and adverse aspects of society, and present a dreadful picture of present and future that the reader comes under mental pressure. He is only able to see darkness and obscurity in the world. His every hope is lost. This reader becomes a negative human being and deals with people in practical life with the same negative thinking. That is why the newspaper reading today has become a toxic addiction.

However, the reality is totally opposite. As an experiment, a reader may question himself after reading the newspaper about the negative things he has read in the newspaper and to what extent it affected him. After a little consideration, he will know that he is currently surrounded by the blessings of Allah. He will know that he is sitting unharmed with his wife, children and family. His life, wealth and honor are safe. His hands, feet and eyes are safe. Furthermore, it is not his case alone, but the case of all those who are around. That is, the majority of them are facilitated with livelihood, education and health.

This thought and this attitude will evoke him for the lord’s gratitude. This thought of gratitude will persuade him to be beneficial for others in his circle; be useful to them; share their pains. If he can’t do anything for anyone, he at least may pray. If he cannot solve one’s problem, he should not at least create any problem for others.

With this, if he studies the Holy Quran in the early hours of the morning, it will be clear to him that the real news is not in the newspaper but in the Holy Quran. It is the news of the appearance and reckoning before the Lord on the Day of Resurrection. This news will make him cautious in the day-long routine. He will not act in a way that would breach the rights of the Creator or the creature.

The unconscious reading of today’s newspapers has become toxic addiction. Therefore, it is necessary that people read the newspaper after studying the Holy Quran and after giving thanks in the morning prayers for the blessings bestowed upon him.