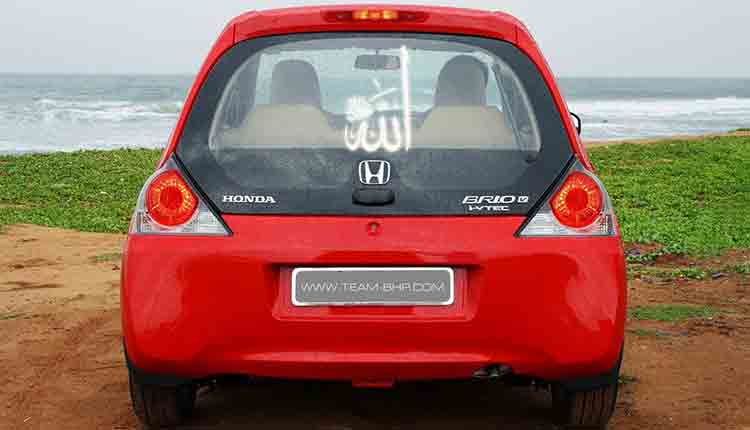 Seeing the name of Allah written on the rear windshield of the car made me feel strange. It was felt as if an acquaintance had suddenly met among strangers of a strange city. Suddenly you see someone you know, in the company of others. However, I was nowhere else but in the city of believers, Karachi.
In this city I only saw the name of ‘other’ written everywhere; saw God-lovers making someone His rival. If I had ever seen God’s name, I saw it with ‘other’ for just formality or as a protective prescription. The merciful Who is everything, Who gave us everything, is probably nothing more than an insurance policy which makes a man feel protected.
All our love is for ‘other’. There is nothing for God but soulless prostrations and meaningless repetition of His name. I thought God was the only one to be worshipped. Legally, this may be the case.
But there are many more entities with God in the sanctuary of heart to this day. There are many whose idols are worshiped and who are expected to be merciful. People understand it the perfection of faith to ask for help from them, to be devoted in their love, pray in their name, shed tears at their remembrance and be lost in their memory.
I wish someone would tell them that all the power, all the authority here is with one God. These people who seek help from others and suffer from the love of others are running after an illusion. When the fugitives stumble to death, when the truth is uncovered, they will know that they have lived a life of deception. The greatest punishment on that day will be that those for whom he left God and for whom he called besides God, will say, “We do not know you. We don’t know you.”