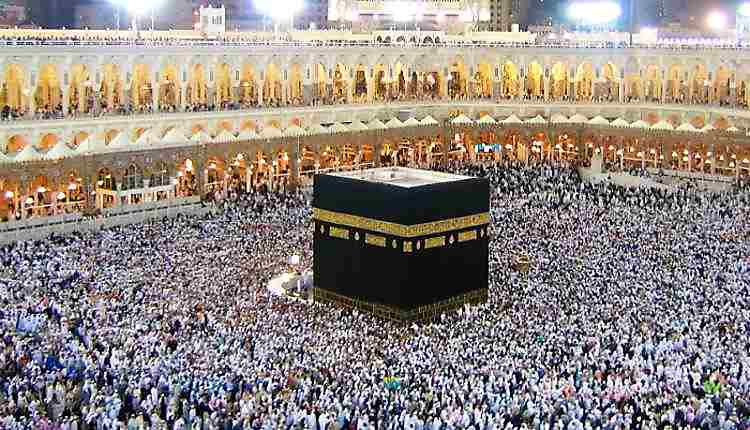 It is in the human nature to love and adore a supreme being; whether a person likes or not he is compelled to make an idol but there is only One Being Who is worthy of being worshipped – Allah; and there is no god but Him.

The tragedy with the human being is that; in their entire history they have not taken Allah seriously; at every stage of human history they have made associates with Allah; thereafter thinking and letting Allah unimportant; showered praises upon these associates, chanting their greatness and begging them for their help; bowed down before them; loved them; wept for them; craved for them; believed in them; and remained thankful to them; they had loved and hated for their sake only; they have made their name as the light of their eyes and their remembrance as the sweetness of their palate.

All these are the right of Allah alone; it was His right in every age and will remain His right in every age. Those who worshipped and praised other than Allah are – in the words of Israelites Messengers – “ like a woman who commit adultery leaving her lawful husband.” Contrary to this the Messengers of Allah lived and died for Him; they put their trust in Him in every difficulty; and chanted His praise at every success. Our dearest Prophet ﷺ praised Allah in these words on the mount of Safa when he ﷺ dominated all of the Arab:

“There is no god but Allah; He is alone and has no associate; kingdom belongs to Him; He alone is worthy of Praise; He is all powerful” (Muslim:1218)

When Allah Almighty drowned Pharaoh and let Musa AS his nation pass the sea safely then Musa AS praised Allah beautifully; here is a sentence from that magnificent praise;

These two messengers are paragon of sincerity and in them lays the example for people of sincere servant of Allah until the Day of Judgment. Through them the message has been conveyed how He showered His favors upon the faithful; this is not the end, however He also showers His blessing on the non-believers even though He witnesses them worshipping His associates.

There are many who reward their faithful but there is only One who takes mercy on the unfaithful and ignominious and that is Allah – there is no god but Him alone; when He will reward the faithful the world would witness. Now it is unto each to make the pivot of his love and affection whomsoever he likes.

The followers of the way of the messengers always chant dipped deep in the love of God: “From among the gods; O’ Allah Who is like you”.

Qualities to look for in spouse