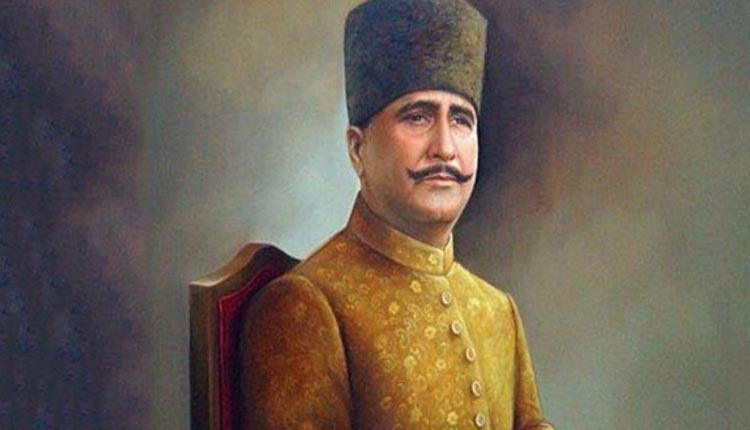 A Page of Diary: The Messenger of Hope

Today is November 9 and Allama Iqbal’s birthday. I am at home on Sunday. Taking advantage of this opportunity, I picked up Iqbal’s poetry and started reading. The days of my childhood when I came home from school and read Iqbal’s words for hours, became fresh in my mind. In the age of childhood, we read whatever came to hand. Imran series, novels and digests which were considered only for adult reading, were read secretly from family members; textbooks of elder siblings were finished during school times; if there is nothing to read, books that have already been read a dozen of times before, were read again. But now the different time has come; TV has made the habit so bad that reading seems like as difficult a task as to climb a mountain.

Well, these were the times when I used to buy Iqbal’s books and read them. The light of life’s zeal and hope in Iqbal’s words is my greatest asset even to this day. I wonder about the times Iqbal lived in. He was born in 1877, when a whole generation after the Indian war of Independence had grown up in a sense of despair, defeat, slavery, humiliation and deprivation. On the one hand, there were religious people who made the promotion of ancient religious education their mission and considered complete disassociation with the British system as the solution to every problem. And on the other hand, Sir Syed’s guidance to follow the British along with modern education was considered the key to every lock.In such a situation Iqbal roused. He was devoted to the love of religion and armed with modern education. He had a keen eye on the history of the Ummah, contemporary thought, national politics and the international situation. He knew that these two currents of national leadership, i.e. the static religiosity adopted while being indifferent to the modern world and the path of following the British completely, were both wrong. More than that, he understood that a nation with a sense of despair and mental defeat could not achieve anything in the world. Iqbal’s whole thought and his whole message actually revolves around these two things.

He made poetry his language and began to light up the lamps of hope. His method is to start by acknowledging the depressing situation and then gradually light the lamp of hope in their minds. Seeing the crescent of Eid, he recited the mourning of the nation and said:

The masterpiece of “The Candle and The Poet” begins in the same depressing tone.

The feeling of loss from caravan’s heart is lost

When this depressing tone reaches its peak, he lights a candle of hope in their hearts.

However, the grief’s night gives the message of Eid’s morning

He revives the hopes of the Muslims of the Indian subcontinent, who feared extinction at the hands of the Hindus and the British, by saying:

O imprudent one! You are the essence of time’s mirror

The ultimate message of God in the world you are!

Then he draws the map of the future in his emotional style in such a way that even the deceased heart awakens from the heat of life:

Whatever the eye is seeing cannot be described by the lips

I am lost in amazement as to what the world will become!

The night will eventually disappear by sun’s appearance!

This garden will be filled with the Light of Monotheism!

This is how the style of “Bang e Dara” (Sound for start of Caravan) reaches “Bal e Jibril” (Gabriel’s Wing). In the mirror of the Mosque of Cordoba, he shows the believer the desired attributes of his glory and beauty, passion and love and high flight. He shares them in his dreams that they saw on the banks of the great river Cordoba.

There is someone on your bank, oh the flowing water great river!

Dreaming of another age

Even today, what our nation needs the most is hope. The nerves of this nation are dominated by those who only know how to speak the language of despair while we need positive thinking intellectual leaders.

Our situation today is much better than when the entire Islamic world was enslaved by European powers. When the dark night of slavery fell in the sky of ignorance and poverty. When there was stagnation everywhere in the knowledge of religion and the world. Today the situation is much better. The shadows of slavery have been dispelled and the journey of knowledge has begun. If a few people today decide that they will not let the lamp of hope go out in all circumstances, then this wandering caravan of the Ummah can complete the journey that started a century ago with Iqbal’s “Bang e Dara”.