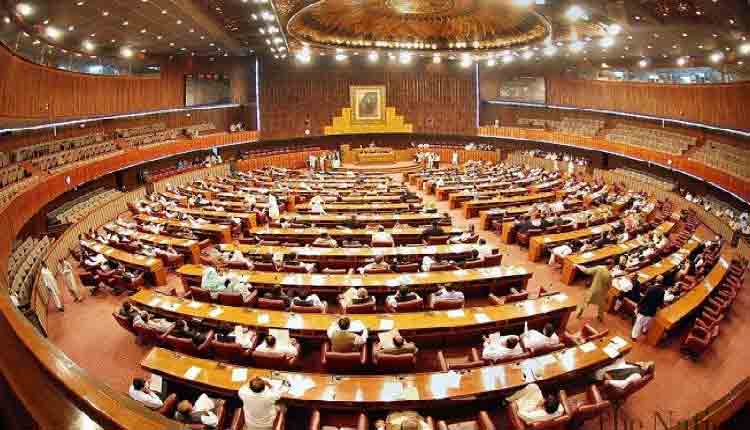 Corruption has been rampant in our country since long ago. Politicians and high-ranked military and civil officers are particularly notorious in this regard. It cannot be said that these people won’t be like that. Certainly, there is a large number of them who are in every way corrupt and dishonest. They have robbed the country and nation with both hands. Some looted with such cleanliness that they did not even leave a mark, and others looted with such fearlessness that even the greatest dishonest ones were stunned.

However, it is not right to say that today nation is suffering from their misdeeds only. This is a reality and an undeniable reality that any person here sitting on any position proves to be a Pharaoh, when time comes. This is not pertaining only to a person at high rank; in our society, a clerk, a constable and a peddler actually do the same for which high officials are notorious. Common people commit corruption, dishonesty and failure in performing duties as much as high officials.

It is not necessary to elaborate it with examples and arguments. Each of us is very well aware of the fact and frequently undergoes such experiences when a common man like him maltreats him. The reason behind this is, any person who is authoritative at any position, considers himself the absolute ruler. He does not perform his duties honestly and goes for forbidden.

This is a fact that common people have mostly to deal with the people of same status and they are maltreated by them. The situation is, that a person who is oppressed outside of his authorities becomes oppressor in his circle of authorities. A clerk takes bribe being oppressive and dishonest and then gives the same money to a dishonest trader who sells his cheap products at expensive prices by telling lies. And then this oppressed trader gives the profit to that oppressive government official who demands bribe. In this way a cycle is going on, in which everyone maltreats others and is also maltreated by others. Everyone is worried in this unending cycle and is calling others bad.

The reason behind this issue is that people are justifying their dishonesty with the dishonesty of others. This mentality is not created in public by themselves, but it is created by our leaders who blame the conspiracies of the enemies of Islam for every problem faced by the nation; those political leaders who call opponent leaders responsible for every issue faced by the country; those newspaper intellectuals who consider army, politicians and bureaucracy the reason of every illness of nation; those religious scholars who see sovereign powers behind every evil and show it to others.
When there is noise from everywhere that only others are defected and they should be corrected then how it is possible that the people who are pointed out have a sense of self improvement. Since this method of blaming is actually wrong, it makes things worse instead of better. In such case the public who are habitual of seeing other people’s evils, make them the justification and start committing evil themselves. And then starts the unending cycle which is mentioned above.

The matter does not stop here but it has become our way to blame other nations for every failure of national life. It is not our claim that we do not have any enemy in the world nor this that they are not committing conspiracies against us. We are just pointing out that by thinking like this, the human mind starts becoming negative. This is the reason that to give Muslim minds positive thinking and action, Holy Quran exhorts Muslims in the response of such behavior of enemies that “If you are patient and fear Allah, enemy’s plot will not harm you at all.” (Quran 3:120). So, it should not be our job to announce the conspiracy of the enemies. Our job is patience and piety. But as both of these are quite difficult, we prefer rather easy job which is cursing the enemies.

Our circumstances will not change until we will clear this perspective of the people. Three things can be done in this way. First is to correct the mistake of those who think that blaming others for every deterioration will make things better. Secondly, it must be cleared again and again that others evil can never justify our evil. It will ruin us in both this world and the hereafter. Thirdly, whosoever saves himself from evil in this environment of evil, not only God will reward him much more than under normal circumstances but his other mistakes will be forgiven too. For us, this is the way of action and this is the way of salvation.