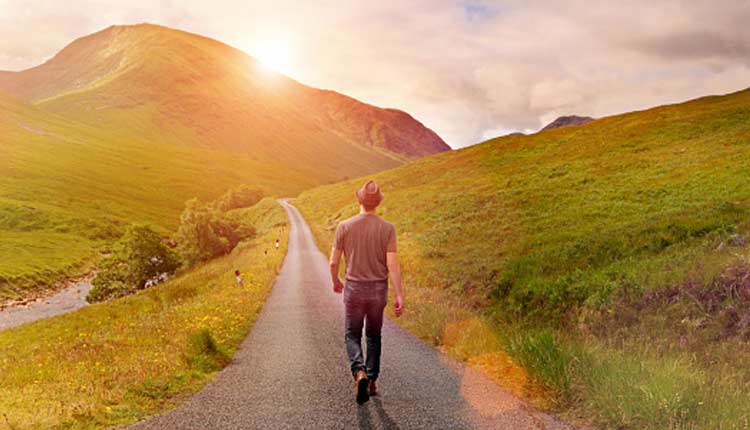 The duration of 50 years appears to be too long so to speak. According to Hafeez, this is a tale of half century, not just a matter of two to four years, but this long duration has also passed. Now it feels as if it was a matter of morning and evening and nothing else. [As if they didn’t exist but for a portion of evening or morning].

It is perhaps the most difficult task to write about oneself. A person who knows that the angels, who record the deeds, have imprinted the life story of a person with the ink of heedlessness and disobedience on every page. How can he bring about the ability and courage to write anything about himself? But after 50 years, when death appears to be closer than life and the ability to perform good deeds reduces, what other option is there for this humble soul than to view the pages of his life story through the modest eyes of a Kareem (God). The knowledge of that Kareem is encompassing every dishonesty and every mystery of the heart. However, there is so much modesty in His eyes that He disregards and bypasses every line written with the ink of bad deeds. Hence the relief of every immodest is dependent on those modest eyes. There was no good deed present before or there any hope of it considering the poor self’s inability and incapacity.

There can be a division of 50 years in ten ways; however a broad division is of 20 and 30. For twenty years, the circumstances and events kept grinding the cycle of life like the two wheels of a mill grinder in their own manner. Disregard the remaining story, the only thing evident was that by the time puberty was attained, it became evident that whatever is going on is not right. The next thirty years were spent in the search of that “Right”. Now after the passing of fifty years of this life, there is only this one satisfaction that I have come to completely know this reality, truth and right.

The sadness is that when I have finally realized this “reality” my energy and body have started giving up. My friends and well-wishers kept advising me with this that “you are burning the candle from both ends” but if this candle had not been burned from both ends, this “Right” would not have been realized and discovered. This is the only excuse for spending this life in this manner. What is this “Right”? How can I explain it in a few sentences? This is the end product of life. It is that chemical formula which is used to uncover every mystery of the universe, solve every complication of life, convert every darkness of humanity to light, solve every problem of the nation, and turn every low of the nation into a high which is a merciful radiant.
What I have discovered after thirty years was not a needle in a haystack. This was an enlightened lamp. But the problem in the world of knowledge is that enlightened lamps are not visible. Here, there is demand of floundering. An element or a piece is considered a whole. A speck is considered a whole mountain. A ray of light is understood as the sun. We were also caught up in this unattainable venture. Still thankfully, this light was attained before death. There are many, and they are countless who left this world without attaining this light.

In order to understand this light it is important to comprehend the way of creation of the creator. God has made this universe full of colorful sceneries and countless colors. However, there are only three primary colors. There are billions of humans in this world. Everyone has a different face. Nose, ears, eyes, mouth, chin, forehand, hair are simply molded and engraved in the form of human face which is a never ending creation. There are many limitless examples apparent of this matter in the universe which is just a complicated mix of the basic elements of neutron, proton and electron and nothing else. Leave everything else and consider this world of computer which has encompassed the entire world in itself, its operating system is based on the simple reality of just two digits zero and one.

In the backdrop of every complicated creation of God, are these simple things which if understood then a painter could have created any color, a sculptor could have sculpted any face, and scientist could have solved every complication of matter. In order to resolve all the complications of the human society and people God has made this simple creative plan the main topic of the Quran. Faith and ethics and that are all. This is the solution of every problem and difficulty of life. However, what is easily understood by a scientist, sculptor and painter, the same is not comprehended by a philosopher and a scholar. He wants to resolve every difficult problem in an even more difficult and complicated manner. This is the real reason behind the actual restlessness of humans and people.

To believe in the simplest formula of Quran, to consider it more important than everything else, to give it its due place in the religious circles, and train the people on its foundation in order to purify them spiritually was that “Right” which took thirty years to be actualized. The people who are reborn as a result of this “Right” whether they are in a home or in a society, that home and society attain eternal success.

Now when this secret is understood, it is realized that the body is giving up. Working with this feeble existence on the foundations of Quran, I have constructed the knowledge and the instinct in an organized manner in the form of written manuscripts. Also, changing it into educational courses. However, to convince the people of this secret and to give due regard and place in the religious circles is a real battle. To make it a part of human character is another war. After burning the candle from both ends for the last thirty years, it is becoming difficult to fight the battle of life, let alone fight any battle in the outer world. One benefit of this has been that after knowing this mystery I have no desire to climb the meaningless trenches of these political conflicts, technicalities and arguments; the same trenches in which the scholars of my nation are busy spending their lives in trying to figure out a way to cross them.

That is why whatever life is remaining is dedicated in this way. To promote this simple truth… That truth which nobody believes can resolve the problems of all mankind and humans. It is a plea to the creator of life and death that whatever moment of this life is remaining, may He accept it and in HIS way, I do not get stumbled on some other path, as every other path is the path that distances one away from GOD.

Out of the twenty years from the previous thirty years, I returned from Canada and started with this practical struggle along with the visionary struggle. What can be said about the events that unfolded during the course of this struggle? The only thing worth saying is that God awarded me with those friends and well-wishers who have taken my work forward. But this work is so large that a few people cannot suffice for it. It needs many other people. I wish that the call for this faith and ethics can find such excellent people who can spread the message throughout the whole world like the companions of the Holy Prophet PBUH.

This piece of manuscript that I have penned is actually an invitation, an invite that this have-not accepted himself. In the beginning of this journey of thirty years, this humble person traveled the path from atheism to GOD in the first stage. Then GOD kept awarding him for whatever he asked. The first thing that I asked for was to guide me to those people who would assist me in guiding in that destination.

Then I purified my heart from every prejudice, knocked on every door and left no stone unturned. Then GOD guided me to two people. Out of those two people, one had written an incident somewhere. This piece of writing has been a source of reminder for me for the past many decades.

They say that the scientists wanted to taste potassium cyanide. It is that poison which kills a human in a matter of seconds. One volunteer presented himself. He placed the poison on his tongue, lifted the pen, but could only write S before he passed away. The problem was not resolved as in English there are two words salt and sugar both starting from letter S. Then another volunteer came forward and tasted the poison. He managed to write A which established that the taste is salty.

When I read this incident, I decided that I would be the second one to taste the poison. But after 30 years, it is still felt that even after tasting it for the second time, the problem is still there. Truth has been discovered. This means that the simple reality of faith and ethics are the keys to every lock. But to spread this awareness, to make it the most important priority of Muslims and on its basis, formation of a training establishment is a war whose poison will have to be taken by many people.

This piece of writing is actually an invitation, which is written on this hope that perhaps in the flood of this materialism, heedlessness and prejudice, some true GOD fearing person will rise for this war and take this poison. This war will be the last one to be fought on the face of this Earth before the day of judgment.