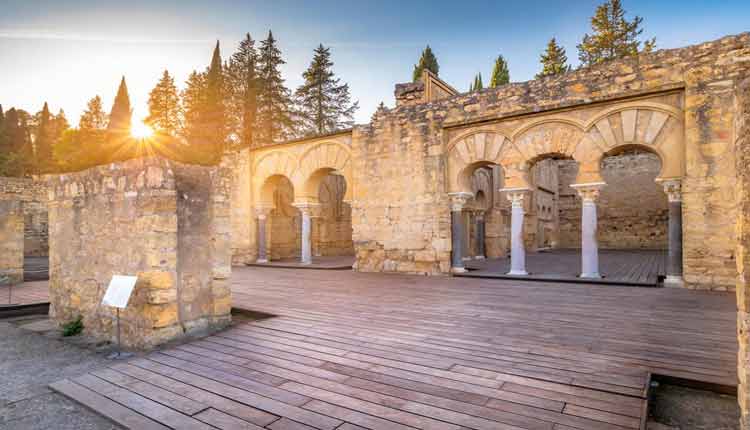 Abdur-Rahman III was a great ruler of Spain. He came to power in 300 AH when the Spanish Empire was about to disintegrate and fall prey to the Christian powers of Europe. But after half a century of his rule, when he died in 350 AH, Spain or Andalusia became the most powerful and prosperous state in the world, and Muslim rule lasted another 500 years.One of the manifestations of the greatness and progression that Spain reached during the reign of Abdur-Rahman is the palace he built for his wife Zahra near Cordoba. The palace, called Azahara Palace, was as large as a city, spread over an area of ​​12 square miles. It had 15,000 high and magnificent doors. High-quality construction materials were procured from all over the world for its construction and inexorable gold, silver, diamond jewelry and highly transparent marble were used. Ten thousand architects worked day and night to complete the Palace in 25 years. People came from all over the world to see its architectural beauty, craftsmanship and charm, and there was no better building in the world in its time. Coincidentally, Abdur-Rahman died in the same year that the Palace was completed. His wife also died and when the Christians occupied Cordoba, they erased Azahara Palace.

God created this world to test humans. In this world, on the one hand, there are opportunities for a lone man to turn the tide of history and build a palace like Azahara Palace. On the other hand, there are the obstacles of death and the rotation of time that consume every deed of man. This is only the world of the hereafter, where greatness and eternity come together with the kingdom. This world is actually the best chance to get that coming kingdom. The person who takes advantage of this opportunity with the help of faith, patience and righteous deeds actually wins this test. The rest of the people earned nothing but loss.