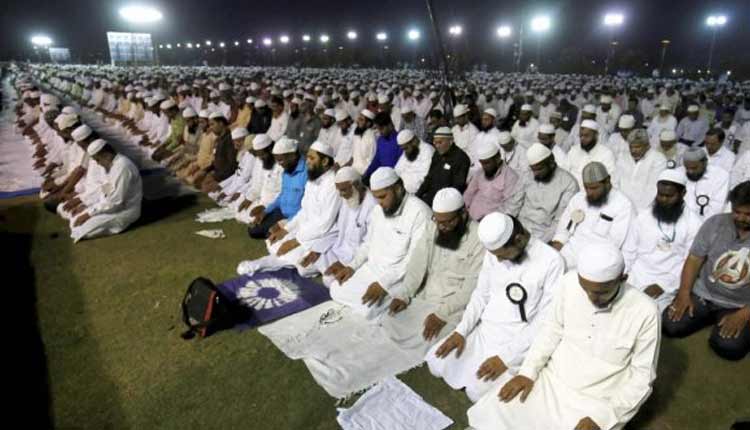 When I went to pray Ishaa salaat in the mosque today, apparently a person affected by paralysis came while dragging his legs and sat there. When the prayer ended, he barely managed to stand up and announced that he is suffering from paralysis and has famished daughters residing with him and requested to aid him financially.

I am a student of special education and my Masters and M.Phil specialization was in physical disabilities. I have no difficulty in judging beggars on the basis of their physical disabilities whether they are actually afflicted with any ailment or they are just posing a drama in the form of hiding their hands or feet in their cloak and walking with sticks. We regularly watch this drama unfold on social media how the police or other people catch these beggars red-handed and expose them and then these people make a run for it to escape. This drama has now reached our mosques as well. Anyway, the manner in which that paralyzed person stood and talked and the way he was dragging his legs, this disability is called cerebral palsy. People who are afflicted with this ailment cannot speak so fluently.

They stammer when they talk and even a single word cannot be uttered properly and even if it is spoken there is a certain particular speech and walking pattern. The head and hands move in an unintentional manner which the doctors and the experts of this field identify easily.
Whereas in this case when all the attendees of the mosque had left and gone to their respective residences, this man I had mentioned earlier also started to walk at first while dragging his legs and then slowly becoming normal in his speed taking one step at a time as he disappeared in the dark he was walking like a healthy and normal person.

The beggars normally adopt this tactic that they pose themselves as a physically disabled person and whereas my personal observation and experience is that the majority of these people are deceiving the local public and now this deception has reached the mosques as well. The lies being spoken for begging are now being spoken in the mosques without any fear and hesitation. However in several mosques, there have been restrictions imposed on these sort of appeals which is a good sign. I don’t give any money to these beggars even if it is a coin of five rupees as this has taken the form of a profession. Whenever I have to, I usually help people who are in need in my social circle who do not beg or ask for help.

It’s the house of Almighty Allah where this deception is taking place; where people even today take their witnesses to form decisions about truth and falsehood since they know that person whoever he is will not lie at least in the mosque. Does that God not know what my slave is doing in the mosque? If He wants to change lies to truth, how much time will He take? If He wants to expose the lies of that person, who will stop Him? But God’s mechanism is not like human beings. He gives time to people so they can return to Him in repentance before He turns to them.
He even hides the deception and lies of the people for years who come to His house but, believe me, these veils will be uncovered very soon. I and you will leave this world any time and whatever deeds we have done inside the mosque or outside secretly or openly which is in the knowledge of God or our own self will be exposed in front of everyone on the day of judgement.

That day God will not put any veils that are in place today through His connection of being our Lord; that Oh my slave, today you have time, so turn to Me in repentance; I will not expose you here in front of your near and dear ones or on the day of judgement. Just return to me and all your sins will be buried forever. However, if you have deceived any Muslim brother of yours then ask forgiveness from him; that will not be forgiven even by Me.

How many of us would take advantage of this time span of life which is given to us and take our self out of this deception while whole heartedly prostrating in front of our creator to seek forgiveness of our sins. That Being will not take even an instant to forgive us.

The Spirit of Prayer