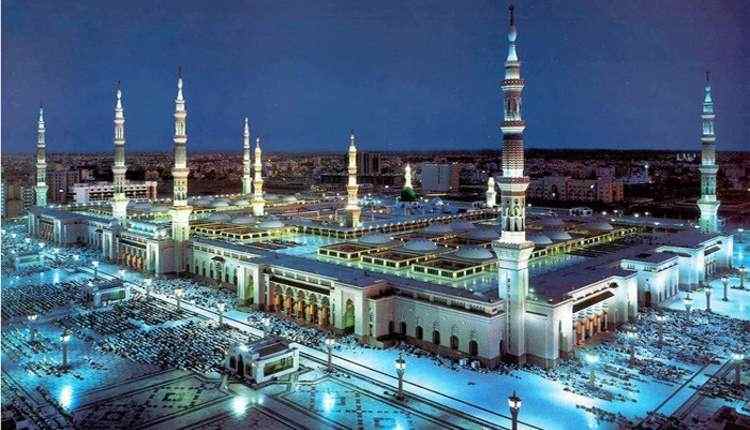 The line of Action – the Path of Salvation

Cold war (1947-1991) is an utmost important period of human history. The winners of World War-II i.e. Soviet Union and America (alongside their allies) remained competitors in this cold war for almost half a century. After watching deaths of millions of people during the two world wars, humanity was shivering with the fear of an atomic war. If third world war would have occurred, the entire humanity would have been wiped off the face of earth.

On the other hand these 50 years of cold war brought immense blessings for Muslims. World war’s defeated European nations were forced to give independence to all Muslim countries. Faced with centuries of intellectual stagnation, Muslims would have lagged behind in every field despite this independence. However, Allah granted them seas of oil stock and their population and geography was so extraordinary that the entire world was obliged to recognise their importance. Moreover, instead of being in clash with any super-power, Muslims were in complete peace and comfort during this conflict between the two super-powers.

All these opportunities were granted so that after the seal of prophet hood, Islamic Da’wah (invitation) could spread throughout the world via Muslims. But unfortunately Muslim leadership couldn’t acknowledge these opportunities and instead of Da’wah and national reconstruction, they remained busy with other absurd exertions. Nevertheless, in this state of peace, Islamic Da’wah started spreading in West through Muslim emigrants. Meanwhile the cold war ended and the victorious West needed a new competitor. Hence in 1993, Samuel Huntington proposed China and Muslim world as possible competitors in his thesis ‘Clash of Civilisations’.

Chinese nation was lead by a conscious leadership at that time and it soon realised that the weak party is always at loss in a competition between the powerful and the weak. Hence they started converting their weakness into strength by avoiding conflict at every juncture. Unfortunately the immature Muslim leadership was unable to comprehend this reality. The leadership which failed in its national reconstruction during the cold-war, proved to be immature once again and they were trapped in the web laid by right-winged Western extremist class. The weak competitor required by the western extremist class was served to them in a plate by the Muslim leadership! Thus an unnecessary war started between Muslims and the West after 9/11. In this war whatever loss was faced by Muslims, there was an even greater loss to Islamic Da’wah.

Currently Islamophobia has reached its peak in the West. On one hand there are Muslim extremists who utter Kalimah-e-Tayyaba (Islamic testimony) and sacred words like Allah-o-Akbar (Allah is Greatest) while killing innocent Muslim children in school (e.g. the Peshawar attack) and present the worst picture of Islam to the world. On the other hand there are Western extremists who are building hatred of Islam in their nation by indulging in negative propaganda against Islam and its Prophet Muhammad (ﷺ) (e.g. the Charlie Hebdo cartoons). As a result if anyone is suffering from loss, it is Islam from every aspect.

In this situation all conscious Muslims, especially those living in the West have a responsibility that they should dedicate every single moment towards portraying the true picture of Islam. They should become a Da’wah entity instead of being enraged. They should strive to spread the message of Quran in every household in the West. They should refuse to listen to anything based on hatred and bias except that they bear it patiently and respond with dignity thereby becoming a living model of best mannerism preached and portrayed by Prophet Muhammad (ﷺ).

Da’wah is the only line of action and the only path of salvation for Muslims in current state of affairs.