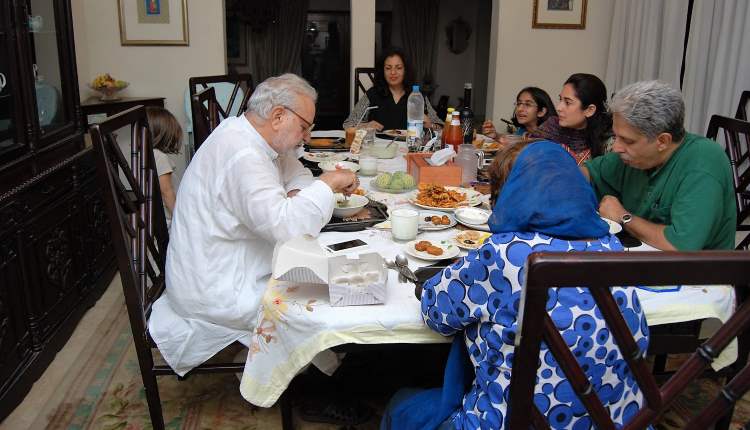 “Teacher, please tell me how can one find out where one stands in the eyes of God? Is there a mirror that can show one’s real image?” The enquirer paused for a moment and then further elaborated his query:
“I know the response people usually give is to see how one perceives God himself or that the extent to which one follows and values the Divine Law will be reflected in the way God views us. However, one can easily deceive one’s self with these internal hidden measures. Can you tell me an external and visible measure in which a person may appear in his true and original form?”

As per his habit, the head of the wise Teacher was bowed. After the question was completed, he raised his head and  asked the enquirer whilst staring at him:
“Are you familiar with the people who took precedence in accepting faith in Prophet Muhammad PBUH?” He nodded but did not utter a word. The wise man answered his own question:
“These people were his wife Khadijatul Kubra RA, close friend Abu-Bakr RA, adopted son Zaid bin Haris RA, and his cousin Ali RA who also happened to be under his guardianship. Do you know what was the common feature among all of them?”

He waited for a response. The answer came from another participant, “they were the ones nearest to the Prophet PBUH”.
The Teacher replied, “this is true, albeit only partly true…”
He paused momentarily and then continued forwards his conversation:
“The fact of the matter is that all these people were either dependent on the Prophet PBUH or his relationship with them was of such a nature that it was impossible to conceal anything from them. Wife is a life partner who stands by you through the good and bad times, day and night. Friends remain loyal in all alterations of personality and the dependents  witness every variation of temperament. All of them have an unequivocal insight and access that no one else close can possess.

A person is fully exposed morally in front of his wife. Friends see one without all the formalities and etiquette  of attitude and personality. In dealings with dependents, one’s personality and psyche is heavily influenced by thoughts of benefit and dominance. Only in these three situations is a person’s true self apparent because he cannot pretend, he appears in his true self. This is the mirror in which God sees the real face of an individual”.

There was a hushed silence in the gathering. The voice of the wise man was getting louder and was piercing the hearts of the audience. Following his last sentence, he went quiet and the thick blanket of silence enveloped the hearing of every one in the gathering. For a long time no voice rose to break this silence.

At last, he addressed the enquirer again and speaking softly:
“Remember, it is these instances of informality and dealings with the weak that determine your true status in the eyes of God”.

Relationship of Sins and Habits