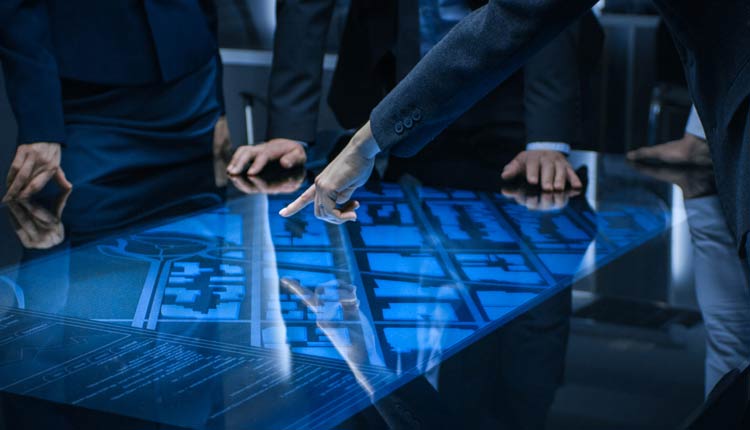 Nowadays I am working on the last novel titled “The Incomplete Story” of the series that
started with “When Life Begins”. In this new novel, I have included many important discussions
based on significant issues. One of the topics is those secret organizations which are, commonly
and amongst the Muslims especially, considered to be the ones who have molded the world in
accordance with their own agenda. Whereas the truth is, if one reads the literature of Muslims
it appears that they consider themselves an autonomous authority who accomplished what
they have desired. (May Allah forgive us and there is no Deity except Him who can forgive).

Another approach that is arising amongst the Muslims is that they must also form such
organizations and empower their agents so that they dominate initially in Muslim society
and ultimately all over the world. The main reason behind the formation of these concepts is that
people are not blessed with Allah SWT’s wisdom and insights. Otherwise, the truth is that, if
there is any reality or whatever reality behind such organizations and their agents, it has got
Allah’s own permission. Actually it is Allah’s world. He has given man freedom of choice. So
it is a possibility that while people work on their own agendas, Allah’s Almightiness can still use
those human agendas for His own purpose. Ultimately whatever Allah desires happens and His
decision is the one that is enforced.

Allah’s decision about the end of times is that an environment of complete autonomy and
freedom will be manifested. Whoever wants to adopt the pathway of rejection, rebellion, and
following their own base desires, they can do so and whoever wants to adopt the path of truth-seeker, slavery, and obedience and ultimate success of hereafter can do so conveniently. The
struggle of many hundred years by these organizations has resulted in the arrival of this period.
There is no doubt that the modern world has given rise to some corrupt practices. The freedom
of humans has caused the birth of atheism and denial of God’s existence. Moreover, the
spreading of nudity, obscenity, homosexuality, and inappropriate sexual behavior like an
epidemic is also a form of human denial in itself. The drawbacks of the family system and the
downfall of human relationships are also a product of this period. But apart from these and
similar falsifications, freedom is that primary thing which was desirable under Allah’s domain.
In such times, the action to be taken is not the formation of personal secret organizations but
spreading the word of God and Islam to the entire world by using this environment of freedom
of speech. It is not the temperament of Islam that secret organizations should be formed in its
name to fulfill its purposes. Its purpose is to spread the awareness of its creator’s plan to each
and every human for which this world has been made; which is that every human has to die
one day and after his death, he will not perish but he has to present himself before God for the
permanent life in the hereafter. The only way of obtaining success and reward in this never

ending system is to obey God and follow the high ethical values set by Him. Whereas the end
results of cruelty, rebellion, arrogance, and heedlessness are Hellfire. The duty of Muslims is to
convey this message to the far corners of the world rather than establishing their dominance
over a country or the world through the formation of secret organizations.
This is that message for the communication of which God has used some humans and created
an environment of freedom. Then, He used some other humans to give rise to the information
technology age. He used some people amongst Muslims to present the message of Islam in an
unblemished form. And now by using some other people, He is in the process of spreading the
message of Islam to every person in the world. Not a single man or woman will remain on this
Earth to which this true message of belief and ethics has not been conveyed. Then people will
have to decide and later Allah will enforce His final decision. The end of times will come and the
real-life will begin.

The people of the book remained in this waiting state for several years. Then some people
decided to take action for them, came out of this state, and changed their nation. The present
modern age was given existence by these people. Muslims are also in the waiting period
for ages. If they also bring themselves out of this state and become role models of Faith &
Morality and bear witness of this religion of truth to the World, they will indeed get their share
from the blessings of Allah. Muslims will attain power and dominance. The leadership of this
world will be under their feet. However, if Muslims do not fulfill their duty, these very people on
whom Allah’s wrath has come and those who are misdirected will be used and Muslims will be
afflicted with that which they have not even imagined.

Whether the Muslims fulfill their duty or not; they get dominance or not; one thing is for
certain. In this day and age of freedom, Allah will use some people to spread His message in the
entire world by all means. This is that ultimate fate which will be the biggest incident to happen
before the end of times. That person is fortunate who will become a part of this message.
These are the people who will be the recipients of the finest blessings and rewards on the day
of judgment.