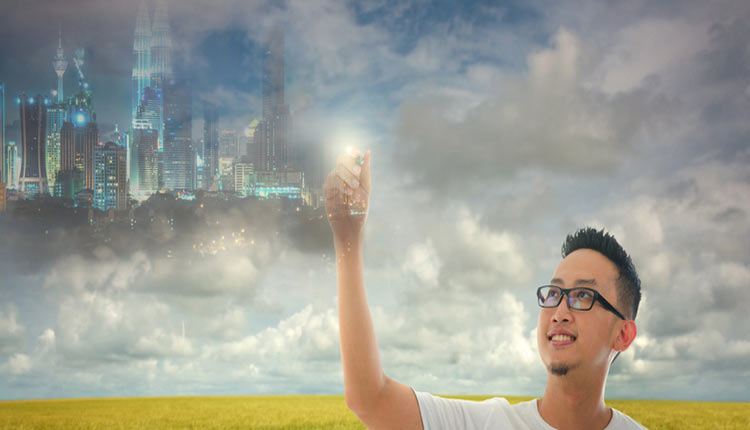 In America, Europe and other developed countries, lining up is a norm. Whether people are waiting for the bus, buying some food or using an ordinary thing; wherever a few people are gathered, they make a line.

When citizens from underdeveloped countries like ours happen to visit Western countries, they get inspired by this quality of lining up. They cannot help but to admire their system. However Muslims have an even better example of this discipline to show to the world. Five times a day within a few moments after the call of prayer, Muslims organize themselves from a crowd to a well-organized lined up gathering. At the call of one Imam, they offer their prayer in a much disciplined manner. No doubt it’s sight worth seeing. It’s not a daily prayer that we are talking about in which only a few Muslims participate. The scene is not different in the gathering of hundreds in Friday prayers, thousands in Eid prayers, and hundreds of thousands in sacred mosque in Makkah. However the strange thing is that the same Muslims when come out of the Mosque, they show through their actions repeatedly as if lining up had been a crime. The chaos at the time of serving of food in a party or the commotion while boarding a bus in rush hours has become part of our culture. Places where they have to make a line under compulsion, still people stand out of the line while waiting for their turn in order to save them from blemish of making a line.

The question is why Muslims who have a marvelous system of self-discipline in form of Salah adopt this behavior, whereas the West who don’t even know the concept of Salah maintain such level of discipline? Those who have been to these countries or the resident Pakistani there say that it’s the quality of their system but I could not agree with this analysis. During my stay in West, I did not witness any system which compelled people to line up. This is actually the maturity of their consciousness which tells them that lining up is beneficial for all of them. If there would be no line everyone would suffer especially the senior citizens, women, disabled and children. So lining up is in their conscience not dictated by any system. On the other hand Muslims perform the magnificent training worship a in a state of negligence; hence are not able to learn any lesson from it. Those presenting the maximum discipline in Salah are unable to establish discipline at a primary level outside of Salah.

In fact it’s not the excellent system that gives awareness but it’s the consciousness that gives the excellent system. This system keeps changing according to time and circumstances. There is an example of it in the successful life of the West. Let’s understand this with another example; the public transport comprised of both buses and underground subway in the metropolitan cities of America and Canada. These people always make a line while boarding a bus but never make a line when boarding a subway because the subway train stops only for a while. If a line is made, then a lot of people will miss the subway. A ground rule therefore is that people stand at the subway scattered. At the arrival of train first the ones already boarded have been given a chance to get down and then those standing at the respective gate enter the subway quickly.

This is something extraordinary in respect to its results and effects. This is very important to understand that system does not make people sensible. It’s the awareness that makes the system, nurtures it and keeps it intact. In other words when the conscience inside expresses itself in behavior; the system comes into being. The western system has evolved through the centuries of this consciousness. Even now if this system faces a challenge, the consciousness of community stands up to resolve the danger to the system.

Even the history of Muslims doesn’t teach a different lesson; with only a difference that the foundation of this awareness was divine and which did not need to pass through evolutionary process. Prophet Muhammad ﷺ nurtured people with the Islamic consciousness of oneness of Allah SWT and the hereafter and when these people made a society; they established a great system according to their civilization and circumstances.

Today if there is anything worth doing; it is to train the collective consciousness of Muslims on basis of Oneness of Allah SWT and the hereafter. Whatever the results it would bring, one of these would be a formation of a new system on the basis principles of Islam; the world would reap the benefit and blessings of that system.