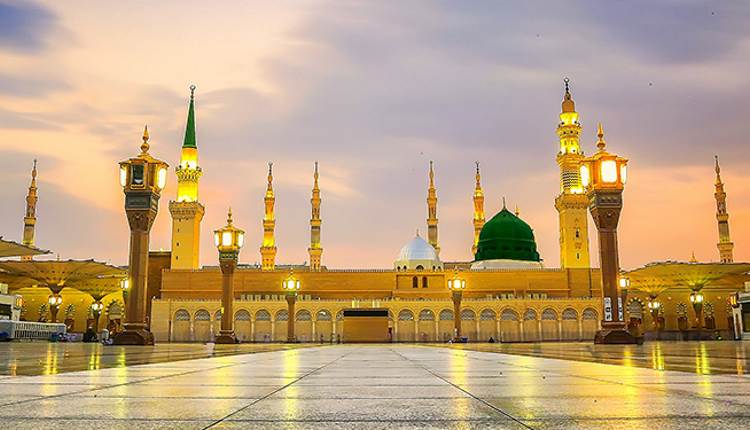 At the time of the Prophet’s marriage to Hazrat Khadija, his uncle Abu Talib delivered a sermon. In which he said about him (peace be upon him) in eloquent Arabic:
“Muhammad Ibn Abdullah who is my nephew is superior to every youth of Quraysh in virtue, grace, kindness, intellect, respect, and honor. Although he has less wealth but wealth is a setting shadow”

This was the testimony of his uncle on the youth of the Holy Prophet (peace be upon him) and when he had a lot of wealth, his wife, the respected mother Khadijah, described his character on the occasion of the first revelation as follows:
“Allah will never disgrace you. You do merciful deeds for relatives, bear the burden of the weak, earn for the needy, be hospitable and support the truth in difficult times.” (Bukhari, No. 3)
Probably the biggest tragedy of the Muslims is that they have both the appearance of the Prophet (peace be upon him) and his love in a perfect degree. Only the missing thing is his character which was testified by his uncle and wife.

The greatness of this character & behavior can be gauged from the fact that in the beginning of the prophecy he presented it as the greatest proof of his truth. On the occasion of the proclamation of Prophethood, he climbed Mount Safa and called all the Quraysh and asked them, “If I say that there is an army on the other side of the mountain which is going to attack you, will you agree?” Everyone said yes because you never lied. These were the people who, in spite of all opposition, kept their possessions to the Holy Prophet (Peace be upon him) till the time of Migration. Based on character, morals, honesty, and trustworthiness, this was the behavior that made Islam prevail in the world. To dream of any domination without this behavior, today is nothing but foolishness.