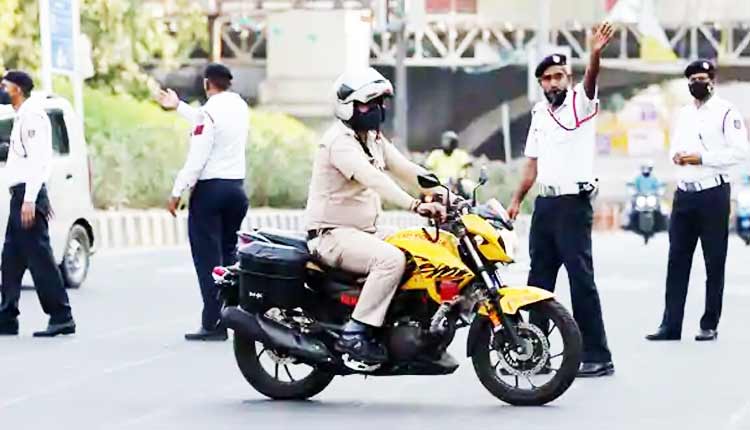 I was traveling from Hall Road via Mall road to Punjab University. The time was 2 in the
afternoon and the temperature was 45 degrees Centigrade; there was less than usual rush
on the road. When I reached the Canal Road’s traffic signal, it was red and the heat of the sun
was burning me. I violated the signal as I was near to faint. The traffic sergeant did not stop
me; however, I myself stopped my bike near him.

Stopping by near him, I told him, I have just violated the signal. Moreover, I don’t have bike
registration papers with me; the bike is missing the front number plate and the rear plate is also
not as per specimen; I was also over speeding and I do not have a driving license. Please
calculate all these violations and hand me over a challan.

He did not believe me. He thought I was cutting a joke and said, “Sir, are you joking or
testing me?” I replied in negative: I violated the signal before your eyes and the rest you can
witness with your eyes. After a brief conversation when he realized that I was neither joking
not testing him and said, I am sorry brother, I will not challan you.
I asked him, Why?

He replied that during my 11 years of service, you are the only citizen who stopped himself,
and insisting on challan by telling your own violations; otherwise whomever we stop,
instead of admitting his mistake, tries to influence us through some phone call or requests
to leave him this time promising to be careful next time. So, I will not challan you at any
cost. He requested me to sit down there for a while as it was scorching heat out there. And
then The Tsunami of tears flooded my eyes when I sat there, my body became lifeless.

A thought flashed in my mind that in my previous life, not even a single time I have
surrendered myself before the Master of The Heavens and Earth. I did not recount before
Him those of my sins which I have committed openly or secretly. I did not say Him: O’ My
Lord! I have surrendered to you now and confess that my privacy is not unblemished or I am
not that person as I pose to; I did not offer my prayers often; I have committed adultery,
indulged in gambling; did not pay zakat; usurped rights of the relatives; maltreated my
subordinates; did not pay the laborer as per his right; deprived my wife and children of
their fair requirements despite I can afford them; I have hurt my parents, and above all, I
have violated those restrictions set by You. But it is Your Grace that You did not stop me,
instead covered my sins. Neither did You disgrace me nor did you stop supplies of food.

I did not say to Him to give me whatever punishment You desire in this world. Whatever I
have listened to and read about You is that Your mercy overpowers Your anger. O’ My Lord, a
son of Your slave, a slave son of slave renounces his insubordination and will try his best to
submit before every commandment You have given. Please don’t leave my hand ever on this
journey; please forgive me. So, God Who loves His servants more than seventy mothers; will

Does he not forgive? He will definitely forgive all of the sins and immediately directs the Angels to
erase all of his sins, and as far as people’s rights are concerned, He will soften the hearts of
those people. He will say, go and ask forgiveness from them; I will inflict no punishment on
you either in this world or on the Day of Judgment.

Some of God’s attribute can also be found in human beings; perhaps the attribute of
forgiveness has overpowered this pious police official.

So, let’s step forward before the last challan which is commonly known as Death. let’s
present ourselves to the One and Unique God, and restrain our steps which have been
walking on the road of sins for years. If His official Izrael علیہ السلام has stopped and
registered the last challan against us and presented us before God, then our appeals for
mercy, requests, and intercession will be of no use. Then justice will be upheld. He will
forgive whomsoever He pleases and will consign to the deepest pit of hell whomsoever He
pleases. Today is an opportunity to befriend Him by invoking His mercy. This opportunity
may be lost anytime and we will have nothing in our hands.

Who is a Fool?