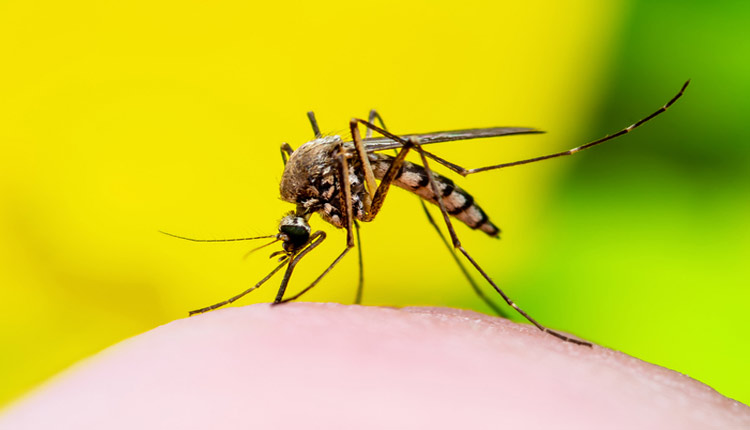 The name of the mosquito is very prominent among the insects that torment human beings. They not only suck human blood but also give them unusual discomfort in this process. Along with sucking blood and causing pain, mosquitoes also become the reason of some fatal diseases. Like malaria, yellow fever and dengue etc.

In our country Pakistan where to solve public issues is not included in the priorities of the authoritarians, a common man has no other option except trying to repel mosquitoes with unhealthy smoke and smell producing products. This effort often goes waste and mosquitoes bite humans overnight without fear and danger.

Mosquitoes bite humans not only when they are asleep but also when they are awake. Mosquitoes do this so slowly that a person realizes what has happened when the mosquito has left its marks and flew away. They are so agile that if a man tries to hit them with his hand, they avoid the attack in the blink of an eye. However, if any mosquito becomes very fat by sucking excessive blood or becomes negligent while sucking blood then the rapid attack of man crushes him down. Excessive carelessness and negligence in sucking blood causes the death of mosquito. Similarly, excessive interest in earning the World causes his destruction.

Allah has created this world for the trial of humans. Means of the world are necessary for his survival. But when man forgets hereafter and focuses on achieving the world then negligence is bound to happen. The accumulation of the means of life above a limit makes man tidbits for the devil. The devil is all time ready to hunt man with the countless weapons of unlawful living, greed, arrogance and stinginess. The negligent man who focuses on the world is an easy prey for devil. And mosquito-like negligent man gets his hereafter wasted in the very first attack of the devil.

Those who are not Faithful of even a Rupee