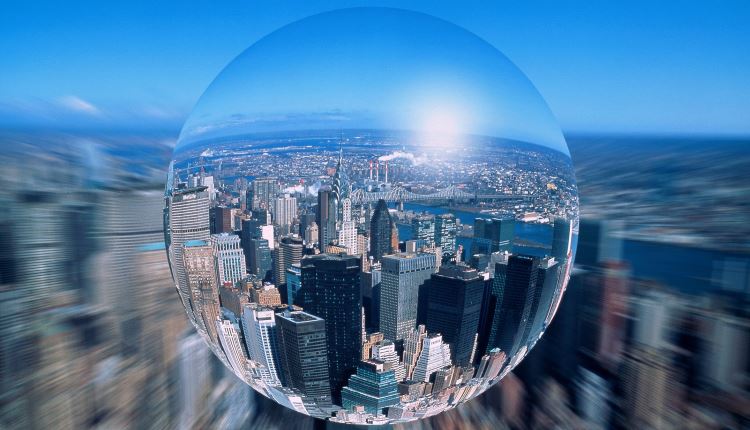 The Holy Qur’an calls the life of this world a mirage at several places. At a glance, this statement of the Qur’an appears to be an exaggeration. To fully comprehend the above statement, look up to take your eyes away from these words and scrutinize yourself and your surroundings; you will not see any illusion. Your physical being, the concrete structures around you and everything else in the vicinity will appear as an undeniable reality.  You will be certain that this is not an illusion, but a genuine and an undeniable reality.
Albeit, the truth is that God has designed this world, in such a manner, that despite appearing as an undeniable reality, in essence, it is completely fake. Try to appreciate this from an example. Whatever time of day or night you are in at present, try to imagine the dawn of this day. You will be surprised to learn that the morning and whatever you did in it is now only a distant memory left behind in your mind. Apart from that, the morning has ceased to exist. In the subsequent few days, this memory would also fade away from your heart and mind. We are not aware of this erasure because at each and every moment and every hour of our lives, we only appreciate the reality of the moment and hour we are living in, and not that of the ones gone by; even when we think about it, it is from a different perspective.
However, the reality of every morning, hour and moment of our lives is that it is a complete façade. Our every reality is only the reality of that particular moment and ceases to exist the next moment. Just pause for a second and ponder. A few moments ago, you looked up from this article to look at your surroundings, that time and those moments have now passed away and do not exist any more.
This is the ‘story of the past’ demonstrating that every present moment ends up in the lap of oblivion the next moment and after a short period of time is forgotten. After this, all we are left with is nothing but a counting exercise of months and years, in which we keep calculating our age. As far as the future is concerned, who has seen it? Whenever it is seen, with in a moment, the ‘serpent of the past’ swallows it up as well. This is indeed the biggest reality of this worldly life that the poet Asad-ullah-Ghalib described very well in the words:
Do not be tricked by apparent reality of life O Asad
The entire world is nothing but a snare of thoughts

Life is a sum of continually occurring moments in which life is not life, but rather a perception. This is the meaning of Qur’an when it states that the life of this world is a mirage. The Qur’an also tells us that while journeying along these sustained moments of the worldly life, one day we will reach the end of this life. The real life would start that day. That day, the river of moments would fall into the perpetual sea of time, the sea that will be unending and limitless. That day, when the Almighty asks people how long you stayed in this world, they would reply, ‘may be a morning or an evening’.
The principle reason for the revelation of the Qur’an was to inform us of this ultimate truth about life. It tells us that in this flow of time, if we can do anything, it is the manifestation of deeds. If we do these deeds for this world and its belongings like our spouses, offspring, possessions, vehicles, houses, business etc, such deeds will also cease to exist. The reason being that if this world is an illusion, then how can deeds done for its sake be a reality? Only ‘righteous deeds’ (for the sake of an ever-lasting God) are true and will last for ever. The secret to eternal survival lies in submission to God, His obedience and service to His creations.
The world is an illusion. The life hereafter is a reality. Deeds done for the sake of this world will perish. Deeds for the sake of Hereafter will be eternal. This is the most crucial reality and the most vital truth.

The Story of Mankind