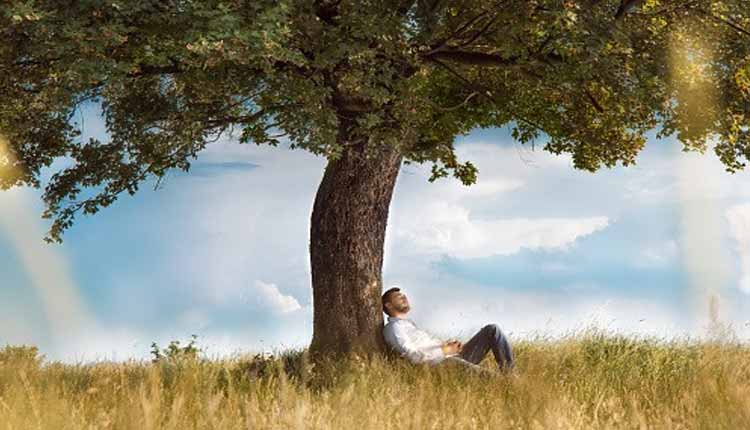 The study of the Holy Quran shows that a high moral character is the desired purpose of the religion. If a person wants to live according to this character, he should make the tree his ideal. Two aspects of the tree are the best guides for man in this regard.

Another model for us in the life of a tree is that when it is dealt with evil, it still deals with good. At the beginning of its life, it is buried in the ground but it does not complain. Rather, without complaining, it strives, and comes out of the earth. When it gets out, this atmosphere gives it carbon dioxide, but it gives to human oxygen in return. Its existence is born in the form of ugly root and formless trunk. But, in return, it gives people the springs of greenery, flowers and fruits. People throw stones at it, but it showers its fruits on them. It gets sunlight, but it gives shadow to human beings. Above all, there comes a time when it is cut down. Yet it becomes the furniture of house, seating sofa, and bed to lie down, for the benefit of the people. Even when it is burned in a fire, it gives light and heat to the people.

There is no doubt that like a tree, a man who is free from all prejudices and is unilaterally a well-wisher of the creations of God, Allah will reward him with his patience, and he will be settled forever in the eternal bonds of Paradise, on the Day of Resurrection.

Article Written for Good People only