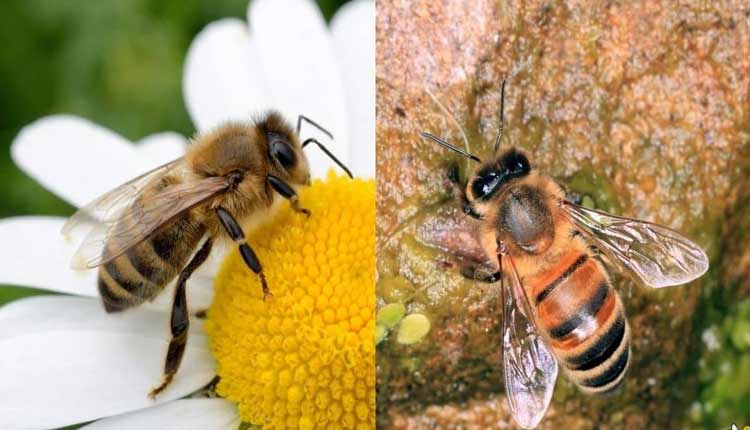 Honey is a great blessing of Allah for human beings. Humans have been using it for medicine, food and taste in every age. The way honey is found by humans is also a very interesting and strange thing. The honey is not naturally available unlike other blessings of nature, but is the result of the intelligence, talent and hard work of a particular sort of bee. This process is so extraordinary that in the Holy Qur’an, Allah specifically states that:
We have revealed this whole procedure on the honey bee (Quran 16:68-69)

In this process, the honey bee sucks countless flower juices from nature’s buffet, converts it into honey and provides it for humans.

In contrast to honey bee, another sort of bee found in houses causes diseases. This bee usually settles on dirty and filthy things and from there transfers different germs to human food items. Thus, it gives human beings a gift of disease instead of honey.

Like these two species of flies, humans also have two types. First is who, like a bee, take interest in flowers and their juices. These are the people who are positive towards human beings. Avoid having bad thoughts about them. Avoid giving opinions about people only on the basis of perceptions.

On the contrary, other people like to be the bee of dirt. These are the people who are always suspicious of human beings. They find the negative aspects of everything by selectively searching for them. They establish an opinion without any research and make allegations without any proof. They are just interested in other people’s defects, weaknesses and shortcomings. If they are not found, they discover them with ill-will and then spread them all over the place without any hesitation.

Due to their positivity, the first type of people gives the society the honey of good thoughts and deeds. But other kind of people are only giving diseases to the society. In society, the diseases of accusation, slander, backbiting, ridicule and humiliation of human beings are born out of their misperceptions.

It is the responsibility of every human being to see if he has lived life on the principle of honey bee or has become a captive of filth like a dirt fly.

The West and Today’s Challenge