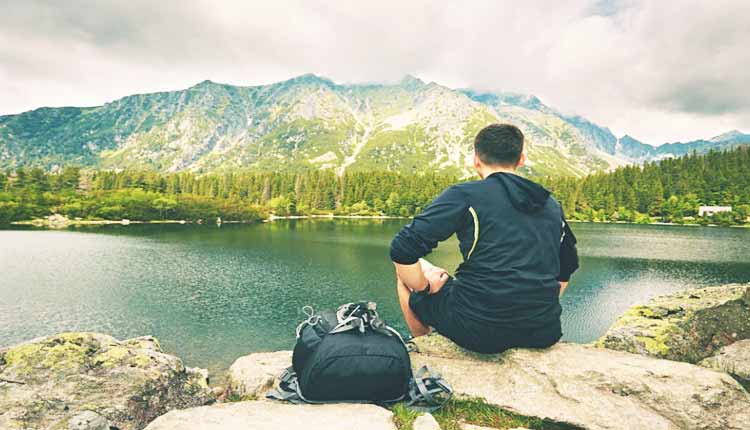 What a Terrible Contentment is this!

Contentment is one of the highest human qualities. The doer of contentment subjects his desires to his needs and circumstances. He takes refuge in patience rather than getting into the race for more. He likes to compete with himself rather than with other people. Of course, a content person is very commendable.

But there is another type of contentment that is very bad. Even in this contentment, man likes to be patient and thankful on less. He gets satisfied in being behind others in wealth and prosperity, glory, and status. He likes such a state of blessing and honor, which is undoubtedly at a lower level. Men choose this sort of contentment not for the world and its blessings but for the Paradise created by God.

The existence of man is the bottomless ocean of desires. This ocean is so huge that the vastness of the earth and the sky is nothing before it. If there is any limit to this limitless and boundless ocean then that is the glorified and unparalleled dwelling of Paradise that God has created with all His might. If a person does not believe in God and the Hereafter, then it is a separate thing; otherwise one who has accepted Paradise and recognized it, it is not possible for him not to wish for a high status in this settlement.

Since Paradise is something that comes in the Hereafter, it is not possible in this world to understand its true nature. So, Allah has explained it in the background of human perceptions. According to which, there will be no second and third class things in this Paradise. It has only two places. First place is that place in which Allah has gathered all the blessings of this world which are imaginable by humans. There will not be any kind of restriction on these blessings, and Allah will never cease them.

The second place is where, along with all the above-mentioned blessings, other blessings will also be collected, which are not available in this world, and which are never though by anyone. In it, there will be the satisfaction of desire. There will be goods to satisfy his desires and he will also be introduced to new levels of joy and pleasure, which he would not have imagined of. In this place, Allah will gather with the element of kingdom along with this level of blessings.

Understand it in relevance to this world that every society has an upper class that has every blessing, available in this society. However, in the same society, there is also a limited class of rulers. Those who not only have all the blessings, but also gather facility for themselves from all over the World because of their power and authority. Then the satisfaction of the human instinct of governance is highly fulfilled in them.

It is clear from this that there is no low and meager place in the Paradise made by Allah. There is either high or a very high position. Therefore, they say in the Quran about this Paradise that, hard workers, if you have to work hard, do it for this Paradise. Competitors, if you want to compete, do it for my masterpiece.  Holy Quran is revealed for this purpose that is to give the news of Paradise to those who run after the contemptible capital of this world. To announce the eternal kingship of Paradise by taking him out of the finite blessings of the mortal world. But unfortunately, if people have chosen a place to express their contentment, it is the place of paradise, where there is no lower position.

The promise of Paradise is reality, not a story. For this man must have to struggle hard. He has to take the path of sacrifice. The highest moral actions have to be committed. If this does not happen, you must make up for your mistakes by acknowledging your shortcomings before the Lord. Try to commit good deeds. These are two ways to go to two places of the Paradise, no third way is there.

The Secret of Happiness