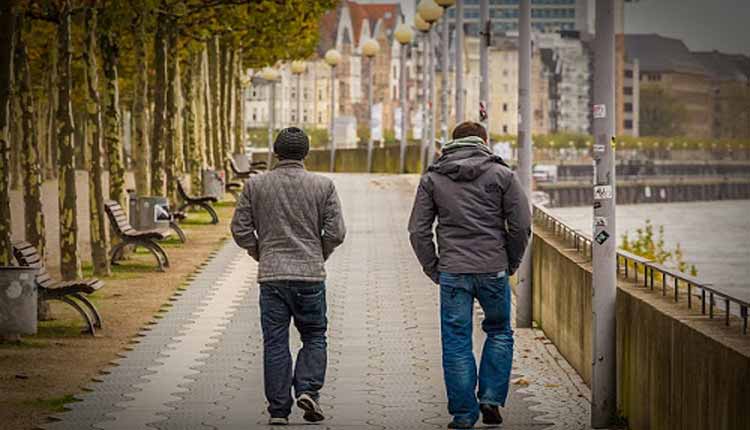 “I am disappointed to see the plight of my people. Political turmoil, unrest, inflation, unemployment, unmarried sisters and daughters sitting in every other house, suicide attacks every other week, all these demoralize me. It does not feel like to live anymore, tell me what to do?

“Instead of answering his question, I offered to take him for a walk with me. After a while we were both walking in the park. God’s world was scattered everywhere in the park. When the cool breeze touches our body, it seemed that nature was playing a song in its silent voice. The colorful flowers in various places looked like the lyrics of a poem that reaches the soul in this festival of nature. Behind the clouds, the golden rays of the sun were scattered like gold on the horizon of the evening. In the background of the blue sky, the green and majestic trees were themselves testifying to their beauty and perfection. In the deepening evening, the birds on the shoulders of the wind were flying to get back to their homes.

I stopped walking and turned to him to speak. You asked what to do? Learn to live in God’s world. Then I took his hand and led him to a plant whose soft and delicate buds were still rising. I said: This little plant was once a seed that was buried in the ground. But in God’s world there is ease after every difficulty. So, this seed came out of its grave and became a plant and soon it will become a tall tree. In God’s world, things get better after the worst. Your nation is ready to emerge from the womb of problems. These worries are the severity of the pain. You will soon see that after these darkness, a new Sun is about to rise. I was silent, but a glimmer of hope was emerged on his face. Holding my hand, he was ready to walk again.