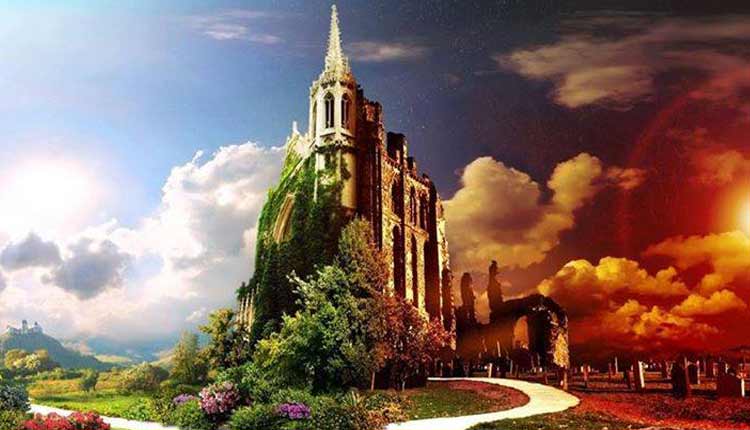 The basic principle on which a person spends his life in this world is the principle of saving oneself from harm, evil and sin. It is the first priority of a person to be safe from these things and live a life free from grief and sorrow, pain and discomfort, fear and sadness. Only then the refined feelings of a man are aroused, the buds of desires flicker in his heart, the flames of emotions ignite in his self, stars of hope shine on the horizon of imaginations and palaces of desires are built in the valleys of dreams and thoughts. If this is true, then the second fact is that in this world man can escape from evil and harm by adopting five means:
1. A person should use his personal hard work, effort, ability and influence to fulfil his needs, solve his problems and remove the painful things from life. An example of this is that we quench our hunger and thirst by our actions, dress our bodies and seek cure of our diseases.
2. A person takes the responsibility of another. Fulfils his needs and protects him from sufferings. What parents do for their children is a prime example. But this is the case mostly found in blood and close relations.
3. A person should have such an abundance of wealth that in case of any problem arising out of daily life routines, his wealth becomes a source of his protection. For example, people who get their vehicles insured, their loss is compensated in any case of theft or other.
4. A person keeps a close relation with those who are influential. With the recommendation of these people, a person can avoid many problems and get out of many difficulties.
5. A person should come to the aid of another man for one reason or another and help him. Helping humans is also a source which ends many difficulties.

These are the five means by which man gets rid of all his troubles in this world, afterwards when the next world would start its first day will be very tough and laborious. It is by the grace of Allah that He has told us through His messengers and books that the only way to escape from all the miseries and pains of that day is that a man should be there with the capital of faith and righteous deeds. This is what we have narrated in the first of the above-mentioned points. Another mercy of Allah Almighty is that He has also told us that on the Day of Judgment, the remaining four means of avoiding evil and harm will be eliminated except the first one.

These verses not only indicate that the last four means of avoiding evil and harm will be eliminated on that day, but there are other important things that are clear from the change of words and their order in quoted verses. One is that some people in the world rely more on wealth and the others on intercessions and relations. Similarly, on some occasions wealth comes in handy, and in others; the relationships. Allah Almighty made it clear in one place by rejecting intercession first, and in another place by mentioning the rejection of financial compensation and ransom that neither wealth nor intercession will be of any use on that day. Not only those who rely on the former will suffer the loss, but those who rely on the latter will also be destroyed.

Similarly, there are two aspects of wealth. Sometimes a person wants to save himself by offering a bribe. And sometimes a fine is imposed on a person which he has to pay anyway. One who has wealth goes through both these stages. Allah Almighty has disappointed man in both these aspects by using the words of not accepting wealth at one place and not taking wealth in another place.

According to Holy Qur’an the map of the day of Judgment which comes before us, will be a very painful and a long day of severe tribulation. All the sufferings of the present world, if put together, are far less than the severity of that day. In such a case, it is necessary for everyone to know that the one and only way to avoid the evil and harm of that day is in faith and good deeds. Whoever trusted in anything other than this, no power in the world can save him from the grip of the God. Thus, this justice on the first day of the world hereafter is the law of salvation.