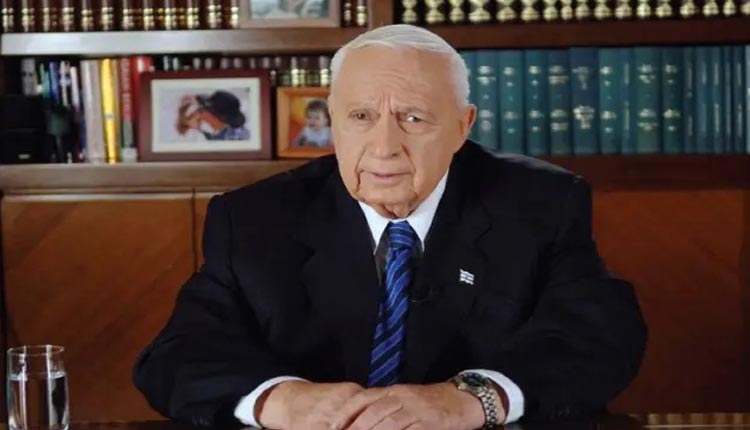 (The article was written in 2006)
Ariel Sharon is the Prime Minister of Israel. To make Israel greater, has been his mission and the massacre of Palestinians has been his occupation. According to him, he swallows Palestinians at breakfast. He became famous all over the world when Palestinians were massacred in the camps of Sabra and Shatila, under his supervision, as a demonstration of extreme horror and brutality.

Recently Sharon got diseased and suffered from a stroke of paralysis at the age of 77. He was paralyzed and went into coma and has become a picture of helplessness in front of the world. He has been in this condition for a long time and doctors are trying to save his life. It was recently reported that he had tears in his eyes when he opened his eyes for a moment.

This is 2006’s Sharon. Now let’s move to Pharaoh of 3500 years ago. The Holy Qur’an states that Pharaoh disobeyed Allah Almighty and His prophet Moses (A.S) all his life. He gave the worst punishment to the Israelites. Eventually, by the command of Allah Almighty, Prophet Moses migrated with his people. Pharaoh and his army pursued them. The sea came in the way. By the command of Allah, the sea was divided into two parts for Prophet Moses and they crossed it. Pharaoh and his army pursued, but the waters of the sea got together as soon as they crossed it. When Pharaoh began to sink, he got frightened at the sight of death. He said that he believed in the Lord of Moses. But at that time, his faith was unacceptable.

Death is the biggest reality of life, but man forgets it. His health, strength, wealth puts him in the misconception that he will never be caught. He lives as Sharon and Pharaoh all through his life. He oppresses people. He disobeys the Lord. But one day Allah Almighty deprives him of the life, and he is put to death like an insignificant rat. At that time, he becomes really humble. But at this time humbleness is of no use. Repentance at this time is meaningless. Repentance is that which is done in life.

The Basic Principle of Religion