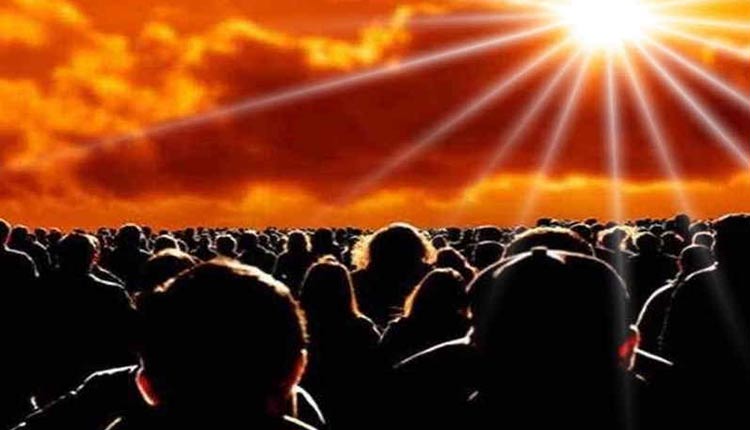 Allah has described story of Adam and Iblis in details many a times in the Holy Quran. The story clarifies that there are two bases of disobedience. One is nudity and obscenity and second is pride and rebellion. History is a witness to the fact that many a times these two has led the humanity off track. Even the religious people got victim of these evils; but to save themselves from criticism, the religious people always perform these deeds in the name of religion.

The first has been explained in the Surah Ara’af Wherein Allah Almighty draws the attention of Quraysh to a clear immorality after describing story of Adam and Iblis. Naked circumambulation around Kaaba was an Arabic custom during the Age of Ignorance, and the Quraish had coined a religious excuse to justify the immoral act. To them, the clothes of outsiders are included in the adornment of the world which has no place for an ascetic worship like Hajj. Therefore, it was necessary that either they borrow some clothes from an acquaintance in Quraysh or circumambulate Kaaba naked. In this way the Quraysh themselves and their friends would avoid this wicked act but other people, either men or women would circumambulate Kaaba naked and provide sensual amusement to depraved Quraysh.

The Quraysh had implemented this detestable act as a religious and customary obligation. They used to attribute it towards Allah Almighty. That’s why Allah Almighty expressed His extreme dislike and made it clear that He never ordains anything obscene. Like the Quraysh, history is full of such tales of sensual-loving people of other religions. The pages of history are abounding with the tales of pundits in temples and priests in churches giving religious sanctity to their wickedness.

Besides obscenity – as we have mentioned in the tale of Adam and Iblis – ego and arrogance is the thing that turns man away from the path of Allah. Religious people, like others, also fall victim to their ego in their period of decline. But unlike others, they once again justify their ego and arrogance by taking refuge in religion. The Holy Quran portrayed this picture in the character of the Jews who knew that Holy Prophet (P.B.U.H) was true messenger of Allah but they never believed in that fact. This attitude based on Judaism is common till today.

Thus you can observe any religious group today; it will be lost in the arrogance of its greatness and righteousness. It does not end here. It terms the person an atheist, nonbeliever, fabricator, an astray and an agent of the West who happen to present a different point of view than it. It thinks ill of others, calls bad names, commits lying, slandering, back biting and cursing; in short, it subverts every rule of morality besides claiming itself a defender and servant of religion.

These people satisfy their followers and their own conscience by terming the opposing thoughts and opponents as altogether wrong. So, it is not wrong either to kill them or hurl false accusation against them. Resultantly nowadays all sects of Muslims are astray, nonbelievers and worthy to be killed for one another.

This attitude is not the inheritance of the messengers but Satan who tried to hide his arrogance behind flowery words. But he was present before the All-Knowing – Knower of the unseen- thus Allah Almighty instantly cursed him. This was the attitude of the Jews at the time of the revelation of the Quran, so they were cursed too. Whoever from the Muslims will adopt the same attitude, will get nothing but Curse from God; no matter what and how great they declare themselves the servant of religion; no matter how great intellectual and scholar they are before their followers.

Message of the Falling Rain