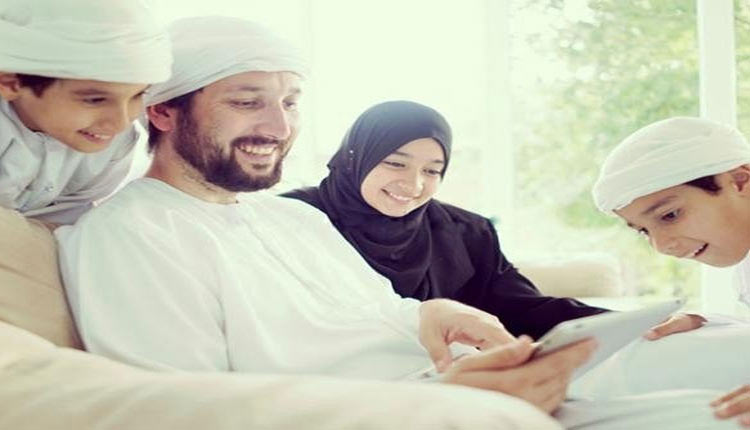 The relationship between a man and a woman is one of the great signs of God (Quran 30:21). This relationship is based on the attraction that is placed in the human instinct so that the human race can grow. Without this attraction, the whole of humanity will die after just one generation. The mutual attraction of a man and a woman forces them to come together and form a family. Without a family, innocent children and frail elderly will be left alone to endure the hardships of the times. There is another significance of this relationship between a man and a woman. Like all other blessings, it also presents a little introduction to the human beings of the infinite gifts of the Creator of the universe, which He has prepared for them in the eternal life of heaven.

But this attraction of a man and a woman is often not limited to these goals. Satan sits in the way of man and makes him his own goal. The greatest example of this is present in the form of Western societies. There, the natural passion of modesty is very limited and chastity is no longer a value. The limited and pure relationship of husband and wife has turned into an unrestricted sexual relationship between a man and a woman. In this relationship, two people meet for “defecation” and after the satisfying, leave for the next journey.

Valentine’s Day is a day to celebrate this free relationship. It cannot be said with certainty whether its origins originated from pagan Roman civilization or the product of the followers of the Trinity, but it flourished in a society where the death of modesty has turned every love affair into lust affair. This gift from the West has now become the most popular holiday in the world after Christmas. With each passing year, under the influence of the media, its popularity has been increasing in our Country as well.

We are not against everything that comes from the West. But one should be very careful while accepting the festivals of another nation which belong to a cultural tradition. These festivals are celebrated in order to integrate certain beliefs and ideas into human societies. Muslims commemorate Abraham’s ultimate loyalty to God on Eid al-Adha. Today, as we celebrate Valentine’s Day, it is as if we are embracing the idea that we have no objection to a free relationship between a man and a woman. Like the people of the West, we do not want chastity from our daughters. We will not demand purity from our youth.

Don’t think of it as a distant dream. Our current generation watches Western movies in their homes continuously. Nude and pornographic scenes are the lifeblood of these movies. In them, the hero and the heroine go through all the stages without being involved in the marriage bond, even the mention of which with regard to the couple is considered unpleasant in our country. By watching such movies, the future generations will not celebrate Valentine’s Day as it is being celebrated today. When those generations celebrate this day, the family institution will be destroyed. Society will be filled with children who do not know their father’s name. Instead of teaching modesty, mothers will train their daughters regarding contraceptive methods. Such women who are the testament of the unfamiliar term “Single Parent” will be seen in every other household.

The society founded by the Crown Prince of Medina fourteen hundred years ago, was based on modesty. It was a crime not only to commit adultery but also to spread its causes. In which adultery was such an insult, which if inflicted on a chaste person, resulted in flogging of the accuser. In which it was not possible for a man and a woman to live in a society without chastity. The founder of this society had decided.
“When you are not chaste, do whatever you want.”

The people of the crowned Medina never lost the attribute of chastity. But now it seems that follower is not ready to carry this heavy burden of chastity for long. Now they will not be chaste, but will do whatever their heart desires. Valentine Day is not a name of any other festival. For Muslims, this is the festival when the followers tell their master that we will do what our heart desires.