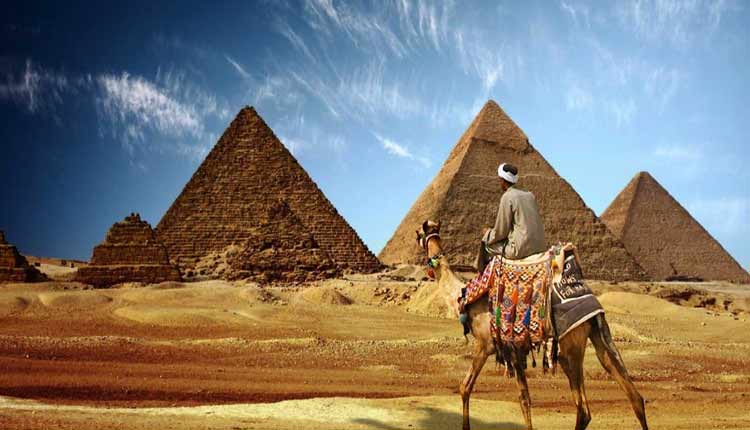 Egyptian civilization is one of the oldest civilizations of the world. Copts have been living here from thousands of years, who were followers of Christianity when the Holy Prophet (S.A.W) was bestowed with Prophethood. Arabs conquered this region in the reign of Hazrat Umar (R.A). Since then the nation which was not only different from Arabs in religion but in civilization, culture, language and rites and rituals, became a part of Arabic culture. They imbued Arabic culture in religion and language in such a way that even geographically it is considered in Middle East now; despite the fact that actually it is not part of Asia but an African Country.

Spain was the first big country included in Muslim’s Empire after the Righteous Caliphs. Arabs conquered Spain in 92 A.H (711 A.D) and ruled it till 896 A.H (1492 A.D). Muslims performed great deeds in Spain during their eight hundred years of rule: great discoveries in the fields of science and philosophy and innumerable masterpieces in construction & development in Spain are attributed to Muslims. In many ways, they were ahead of Muslims in other parts of the world. But the Arabs of the Spain were effaced from the face of the world unlike Egypt where the Arab imprints can still be found.

But the question is why the Spanish Arabs met a different fate than those of Egyptians. Obvious explanation of this question is that Egypt was conquered by the Noble Companions (R.A). They were the preachers of Islam first and Arabs later. They were interested more into bringing people into God’s bondage than under their own power. They established Islam rather than their own power on the conquered nations. So, Islam became the personal concern of the people than the religion of the ruling elite. This change made the thousands of years old Copt civilization a part of the history and now Egypt has been known an important part of the Arab world.

On the contrary the Arab rule in Spain was solely dependent on their political power. The eight hundred years’ history of Muslims in Spain is evident of the point that during this time they were either suppressing internal rebellions or countering Christian powers of Europe. During the climax of their power, they overcame their opponents on the base of their power. They performed great deeds in knowledge, art and construction and development. They were not negligent of the religion and remained connected to it intellectually and practically. Many renowned scholars of Islamic history belonged to Spain. But their attachment with religion was limited to its understanding, protection and practice. They never tried to subdue Europeans with the power of Dawah (preaching) of Islam. They always considered Europeans as political rivals; never really tried to invite them to Islam.

It can be observed from the marriages of early and later Arabs with non-Muslim women. Holy Quran had allowed Muslims to marry women of the Book, So that this relation of love would attract them to Islam. Hence the early Arabs married non-Muslim women with that passion of Dawah and made them embrace Islam. But in Spain, Muslims married Christians on the basis of those human passions, on which people usually marry. Thus those women remained Christians and their beliefs became prevalent in Muslims, resulting in civil wars and revolts amongst Muslims. So as long as the political power of the Muslims remained, their authority remained intact; and then they became the story of past.

This comparison of Egypt and Spain tells that the original power of Muslims is not political but ideological; if it was important in their rise, it becomes more important in its decline. This is the duty of Muslims today to spread Dawah of Islam to all the nations of world. This is not only their duty but also the most effective way to end their decline.