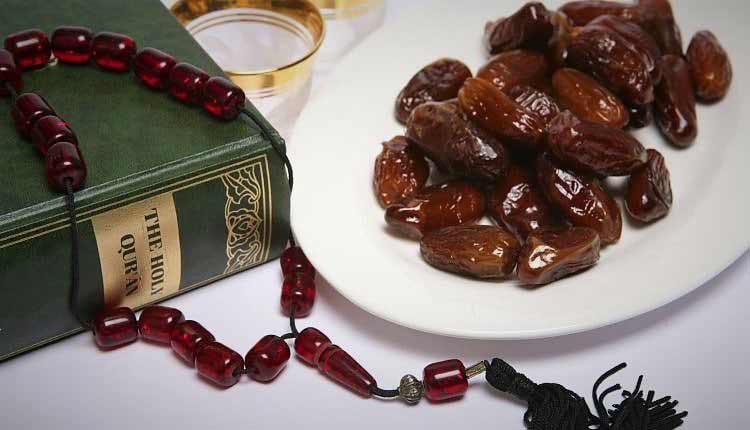 Ramadan is the ninth month of the lunar calendar. This month is very important not only for Muslims but also for human beings. This is the month when the thirsty voice of humanity, wandering in the desert of ignorance, was heard by the sky and ordered the rain of guidance to fall on the deserts of Arabia. Then, the springs of guidance sprout from this land by which the whole of humanity was irrigated. This is the month when the King of the Universe responded to the voice of oppressed and sober humanity with kindness, not only justice. In this way, till the Day of Resurrection, the Quran was sent down to earth as a criterion whose guidance filled the earth with peace and tranquility.

The month of Ramadan is once again about to cast a shadow over the heads of the people of the earth. When today, oppression and misguidance are rampant everywhere, the cure for the sufferings of humanity even today is to put the guidance of the Quran before the people and the people accept it.

God has described the relationship between the Quran and Ramadan as follows: “The month of Ramadan is the month when the Quran was sent down as guidance for mankind with clear proofs of guidance and the criterion by which to distinguish right from wrong.” (Quran 2:185)

What is the guidance of the Quran? If it is stated in one sentence, then it has come to make people aware of the problem that they will face after their death. That is, the problem of appearing before their Master. The problem of accountability for one’s actions. The problem of deprivation of heaven and the problem of the fire of hell. The problem of eternal humiliation or eternal luxury. But it is very strange that this guidance which is not related to the world but to the hereafter, not to life but to death, is the only possible solution to the life of human beings and all the problems of their world.

What is the real problem of man in this world? That he seeks the means of eternal existence in a mortal world. That he lives in an inn and seeks the comfort of a permanent abode. What Iqbal said to British people is true for everyone:

In search of this luxury and comfort, man forgets God and the Hereafter. He makes the mortal world his goal and forgets every moral value. The result is that man becomes a predator of mankind. Then all the forms of oppression and misguidance come into being which spread mischief everywhere. Human life, wealth, honor and dignity are trampled by other human beings of the same kind. Man’s moral existence collapses in front of his animal desires.

The only solution to this situation is the Quranic guidance that frightens mankind with all its might from the terrible earthquake of the Day of Judgment. It warns mankind from the day when the earth will be leveled and all traces of beauty will be erased and the earth will be turned into a barren field. The day when people will forget everything except themselves.

“O People! Fear your Lord. The catastrophe of the Last Hour shall be terrible indeed: when that Day comes, every suckling mother shall forsake her infant and every pregnant woman shall cast her burden and everyone will appear intoxicated, although they are not: the punishment of God will be severe indeed. (Quran 22: 1-2)

The Quran has a clear vision for those who pay attention to this call of the Quran and make the success of the Hereafter their destination:“Surely the one who purifies himself will succeed.” (Quran 87: 14)“And by the soul and how He formed it, then inspired it to understand what was right and wrong for it. He who purifies it will indeed be successful, and he who corrupts it is sure to fail.” (Quran 91: 7-10)

These verses make it clear that the success of the Hereafter depends entirely on whether one purifies oneself in this world or not. This purification is not something like monasticism, but a process of saving oneself from the vices of faith and morality. It is also clear from these verses that the whole consciousness of good and evil has been present in the human soul from the very beginning, and on the basis of this knowledge man knows which things to protect himself from and which things to adopt.

It is a fact that man is not devoid of morals in the world, but comes in the pure clothes bestowed by nature. There is no stain of polytheism and no stain of atheism on the hem of this garment of nature. It does not have the filth of oppression and the filth of lust. But the satanic temptations in the world, the animal desires and the effects of the environment lead man astray. He forgets the notions of good and evil in nature and follows his own desires. As he continues on this path, this dusty path continues to make the hem of the heart and the garments of nature filthier. The dust of negligence and the mark of rebellion turn the beauty of nature into sheer filth. Man, first loses the distinction between good and evil and then in society every evil becomes good and every good becomes evil. In order to remove this distortion in nature, Allah Almighty sent prophets in every age, revealed books, reminded them of forgotten lessons and finally revealed the Quran to the Prophet (P.B.U.H). The Quran not only sets out the goal of purification before human beings, but also points out the vices of faith, morals, thought and action.

In the light of this guidance of the Quran, the aim of every believer’s life should be to protect himself from these evils which are present in nature and described in the Quran. As soon as man begins this process, it has a direct effect on his moral existence. After washing away the filth of polytheism and atheism, man does not make human beings like him a god, nor does he makes selfish desires his god. The goal of the success of the Hereafter requires that a portion of one’s life, wealth, time and ability must be spent above personal interests. In the society of such pure people, the powerful do not oppress the weak, nor do the rich rejoice in their merriment without the care of the poor. Man deals with other man like him with the belief that on the Day of Judgment every matter will be brought before the Lord of the worlds. Courts where decisions will be based on moral law, not material law. Thus, deceit, deception, dishonesty, betrayal, lies and all such moral filths found in society leave room for good qualities. Thus, the earth shines with the light of faith.

The greatest thing that motivates man to attain the welfare of the Hereafter and to attain purity is the fear of appearing before God, the apprehension of being caught, the terror of His torment and His piety. This piety is the real purpose of the obligation of fasting:“Believers, fasting has been prescribed for you, just as it was prescribed for those before you, so that you may guard yourselves against evil. (Quran 2:183)

How does this piety arise? By the repeated recitation of the Quran in Ramadan  which does not allow man to be free from the torment of Hell and the grip of God. On the other hand, abstaining from food and drink during fasting not only teaches man the etiquette of piety, but also acquaints him with the strong will power which he can use to avoid every moral impurity.