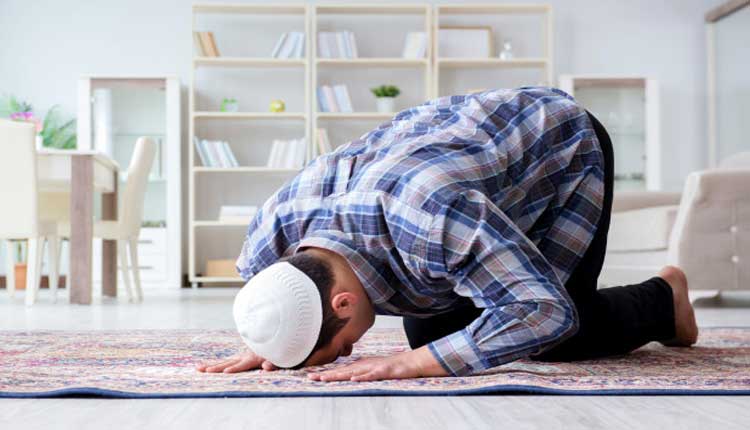 Article Written for Good People only

There are usually two types of good people. One is those who are blessed with the knowledge of God by their goodness, piety and piousness. Others are those whose worship and piety, grace and perfection and position have given them more knowledge of their personality than God. The two groups often look alike in terms of appearance and character. But sometimes there are situations that become a criterion to decide which group deserves the blessings of God Almighty and which group deserves His wrath. One of the ways in which such situations occur is when Allah Almighty exalts a person in the presence of good people and in front of them, from whom they consider themselves superior. If this good person belongs with the first group, his mind immediately turns to God’s innumerable gifts and bounties. He falls face down before Allah. The highest words of wisdom come out of his tongue. From his earthly existence emanates such prayers that reach the throne of acceptance, tearing the chest of heaven. His humility begs in the court of God in such a way that Master, you have taught in Your book that when the right is being given to the rightful and a beggar comes, he should also be given something as a gift. God, whatever You have given to Your servant, you have certainly given because of your knowledge and wisdom. But even at the time of this division, I have come to your court as a beggar. O Lord, give me without merit what You give to others on the basis of merit. The glory of God cannot tolerate the fact that He does not express the kindness He has instructed others to do. So, then it rains on the one who seeks Allah’s mercy and it rains in such a way that the world sees. The beggar’s cradle is filled with treasures of gift and forgiveness. The one who is humiliated before God is made the crown of human heads. This is the bounty of God, which He gives to whom He wills. Indeed, Allah is exalted in might and possesses generosity and kindness.

On the contrary, any such incident in front of other type of good people is tantamount to an attack on their palace of thought. It knocks down their tower of greatness. God’s gift leaves us and turns to others, their souls cannot tolerate it. The result is that jealousy, hatred and enmity develop in their hearts against this person. Even their arrogance starts rivalry with the Allah – the Majestic. This fire of jealousy and arrogance burns their own nest while other remained unharmed. God’s wrath falls on them. They are rejected by the Lord’s palace. The example of these two types of good people is given in the Qur’an. An example of the first group is the personality of Zakariya (A.S). He was the Prophet of his time and inherited the family of Jacob. Along with this he was also the uncle of Maryam (A.S) and her trustee. When he saw the special provision of God descending on Maryam (A.S), he did not think why this favor of God was bestowed on this ordinary girl who was under his care and why this blessing of God was not bestowed on him? Instead of being jealous of the girl, he immediately turned to God. With all the emptiness of his being, he spread his empty hands before God. The glory of Allah Almighty filled his hands with his desired request. What was not given to him in lifetime despite presence of all means, He gave it today after all the means are unavailable such that he was old and his wife was infertile. And he was given a glorious prophet like Yahya (A.S), in whose praise He Himself has used the words of leader, pious and righteous prophet. And above all, He gave this event eternal life by mentioning Zakariya and Yahya with Mary and Jesus (A.S.A) in the Qur’an. The representative example of the other group is the devil. God made Adam the caliph before him. He should have prostrated himself before the command of God. But the fire of arrogance and jealousy blinded him. In his eyes, the real importance was only his personality. Therefore, he considered this matter as his own and Adam’s case. He did not know that it was really a matter between him and God. He refused to accept God’s judgment. He rebelled against God. So, God’s wrath flared up and he became the only unfortunate one in the universe who stood before God and asked for respite for rebellion instead of apologizing.

This article is written for good people only. For those for whom the path of righteousness has been made easy. So that they know the difficult gorge of this easy path. Let them know that there is no good in being good. The real good is in being good for God.